Los Angeles County Sheriff Alex Villanueva said Tuesday that protesters calling for the death of two deputies who are being treated after being ambushed by a gunman represent a “new low” for the nation and “something worthy of ISIS.”

President Trump called for “Death Penalty” for those who shot two LAPD officers, while rioters chanted outside hospital “We hope they fuckin’ die!” 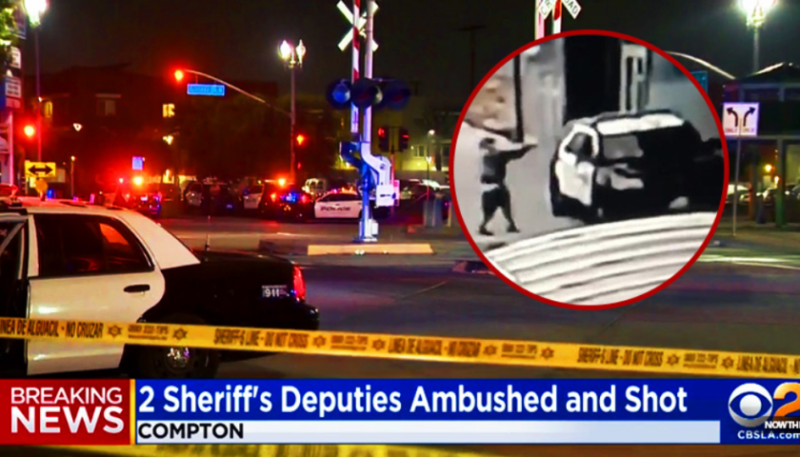 National Review “It’s just a new low for the hatred that I don’t think anyone in this nation has ever seen before,” Villanueva said during an interview with Fox News.

On Saturday night, a gunman shot the two deputies, a 31-year-old mother and her 24-year-old partner, four or five times in their parked cruiser outside the MLK Transit Center in Compton, Calif. Surveillance video of the shooting shows the gunman walking up to the passenger side of the deputies’ car, lifting a pistol, firing at them, and then running away. Bare Naked Islam read more