Intro to ‘An Egregious Assault On Our Republic’ 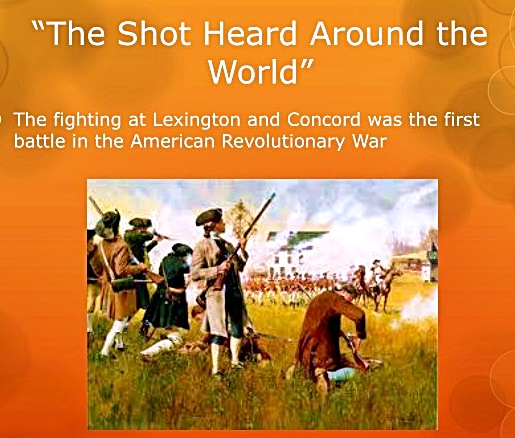 The shot heard around the world in 1775 exploded into the Revolutionary War which ended British tyranny with victory:

On the night of April 18, 1775, hundreds of British troops set off from Boston toward Concord, Massachusetts, in order to seize weapons and ammunition stockpiled there by American colonists. Early the next morning, the British reached Lexington, where approximately 70 minutemen had gathered on the village green. Someone suddenly fired a shot—it’s uncertain which side—and a melee ensued. When the brief clash ended, eight Americans lay dead and at least an equal amount were injured, while one redcoat was wounded. The British continued on to nearby Concord, where that same day they encountered armed resistance from a group of patriots at the town’s North Bridge…