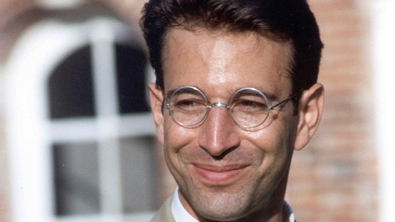 On This Day…
Feb 22, 2002: Karachi, Pakistan
A Jewish reporter is beheaded in captivity by Islamic activists: 1 Killed

The total collapse in wind and solar output during the big freezes that first struck Germany and then America provides a wake-up call for any policymaker still promoting that dangerously unreliable pair. Indeed, any politician or policy wonk still pushing wind and solar as meaningful power sources is likely to be welcomed to a facility for the criminally insane, in the not-too-distant future.

Across two continents, tens of thousands of wind turbines have been frozen into inaction – their mechanisms locked up solid; and millions of solar panels have been plastered with inches of snow and ice, and just as useless.

Their promoters are having a hard time crab walking away from the mantra that wind and solar will soon replace all forms of power generation, with fossil-fuelled sources the first to go. Troublesome things. Facts, that is.

Oh, I think it is. If you look back at where it started, I’d say while presidents in the past have always used Executive Orders to get things through that didn’t require Congressional approval, hence they were policy but not laws, it’s become a game now.

You’d have to go back to Bobo Obama’s administration. He wanted to “transform government” in a very systematic way. Unfortunately, he screwed up his priorities by getting Obamacare passed in the first two years of his administration, and all he could do after that was issue EO’s. In the first month in office, George W. Bush signed a total of three Executive Orders. Bobo signed 24. Donald Trump matched that number, basically rescinding all of Obama’s orders. Joe Biden has smashed through that, issuing 40 EO’s in his first month. That’s according to CNN.

Now, granted, 15 of those orders had to do with…

What nation serves as the most powerful example of how statism can wreck an economy and impoverish people?

Those are all good choices, but perhaps Argentina is the best example (or should we say worst example?). 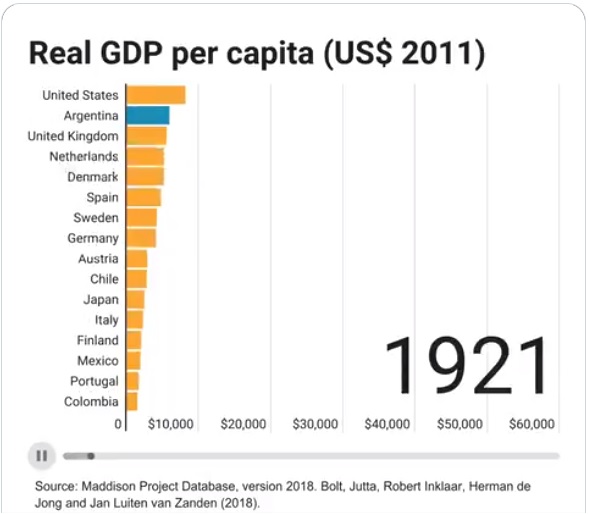 If you go back 100 years, Argentina was one of the world’s richest nations. And, as recently as the late 1940s, it still ranked in the top 10 for per-capita economic output.

But then the nation veered to the left. Whether you call it Peronism or democratic socialism, there was a huge increase in the size and scope of government.

As you might expect, the results were terrible. Argentina since then has been the world’s worst-performing economy.

But things can always get worse.

In an article for National Review, Antonella Marty points out that President Fernandez is doing his part to continue the…

What is more symbolic of Western Civilization than the works of William Shakespeare? Not much.

Since we traditionally base our moral code on Biblical teachings, the Bible is more central to Western Civilization. However, Secularists eliminated the Bible from the curriculum long ago, long before we heard of the expression, “cancel culture.”

China had – HAS – motive to make sure Trump never got his second term: “China had a motive and the influence to steal the 2020 U.S. presidential elections, a pro-democracy Chinese-American media group asserts.” Read more about a five-part series regarding this here. A Trump second term would have put the final nail in the coffin of Chinese influence and stranglehold on the United States. And then Biden recently gave China access to our critical electric infrastructure.

WHY WHY WHY would Biden allow China to be within a million miles of our power grid? How can that possibly benefit the United States? This country has THREE power grids. Oddsmakers would not take that bet with those odds. As I mentioned in my previous post regarding the Texas power grid failure, get used to NOT having electricity when you need it most. We have been sold OUT. Looks like…

Masks, social distancing and virtual learning are really about the installation of COMMUNISM in America Tap News / Weaver (Natural News) Everything about the “new norm” in America is modeled after Communist China. Most Americans think it’s all about protection from Covid-19, but that’s just the cover story, just like 9/11 was a cover story […]

Masks, social distancing and virtual learning are really about the installation of COMMUNISM in America — Truth11.com

Don’t let anyone tell you it did, it started long before that. Communism is here, and has been infiltrating our daily lives for some time now. I prefer to say Communism (though I have referred to the Democratic Party as the Democratic Socialist Party) because: The maindifferenceis thatsocialismis compatible with democracy and liberty, whereasCommunisminvolves creating an ‘equal society’ through an authoritarian state, which denies basic liberties. …Communismis a political and economic ideology – closely associated with the stateCommunismof the Soviet Union and China. The Democrats, have it seems taken both concepts and created one……..kind of a Commie Socialist’s Democratic Party. China Joe Biden, a well paid agent of China is pushing us to a full authoritarian government, under direct orders from the real third term shadow presidency…

Joe Biden’s ‘War on Women/Children’: Equality Act to End Legal Recognition of Biological Sex + Ends Trump Program that Targeted Sex Offenders in the US Illegally (Video) = How LGBT Nonprofits And Their Billionaire Patrons Are Reshaping The World Via Extortion Tactics Of The ‘GAY MAFIA’ [VIDEO] By Adina Kutnicki

AT the core of all the madness enveloping the he-she devils — that which  courses through the veins of the DemocRAT Mafia — underlies the head-long rush to eviscerate the traditional family, and, with it, the belief in God; the foundations of Judeo-Christian teachings. Ethics. Hence, their attraction, worship, and devotion to satanism via child sacrifice and attendant barbarism. Nihilism.

AS such, the Biden administration and surrogates thereof — despite their incessant caterwauling re equality and so-called equity — have declared total war on women, and, by extension, children. Yes, you read that right! (Note: this discussion is not focused on crooked/creepy/dementia Joe….he is unaware if he is here or there….coming or going).

IN this regard, is it any wonder that the very same pernicious admin ended Trump’s program which protected women and children from the worst of the worst, that is, sex offenders? More than bastards….

ALL of which beats a direct path back to the evil of all evils: the “Gay Mafia!”

BUT never mind, there is so much more to internalize about this most dangerous and insidious “re-jiggering project” — that which leaves no one unmolested, most especially, kiddie-wise. Again, see here, here, here, here, yes, ad nauseum.

How LGBT Nonprofits And Their Billionaire Patrons Are Reshaping The World

Transgender ideology is being pushed on us by corporate interests through their philanthropic arms.

In an August 2018 New Yorker article, Elizabeth Kolbert asks, “Are today’s donor classes solving problems or creating new ones?” Kolbert describes a form of charity that aims to not just help people but to improve them. This “improvement” aligns with the giver’s particular vision of what constitutes improvement, of course. And the people who need to be improved are treated as children—for whom the donor, naturally, gets to decide what is best.

Kolbert describes how this form of giving becomes exploitation. We might add: not just exploitation, but elite-driven, highly self-interested social engineering. We see these characteristics on brilliant display in the philanthropy behind the modern LGBT movement.

The gay-rights movements and organizations that emerged during America’s sexual revolution in the 1960s bear little resemblance to the behemoth LGBT NGO juggernauts operating today. What started out as grassroots support for the legal and social acceptance of same-sex relations has turned into an effort at full-blown social transformation, with the addition of a fetish of adult men, known as transsexualism, to the LGB human-rights rainbow banner. Along with the rebranding of transsexualism as transgenderism, this movement has also successfully colonized and utilized disorders of sexual development, otherwise known as intersex conditions to drive its agenda. We have come a long way from Stonewall.

Perhaps the most insidious idea to be advanced under the LGBT banner today is the amorphous concept of “gender identity.” Gender identity refers to the way people see themselves with respect to socially constructed sex-role stereotypes. But is not just a descriptive term; it is also prescriptive—one has the right, according to advocates, to force others to recognize one’s chosen identity. And one has the right to change one’s body medically so that it better maps on to one’s gender identity. Given that the pharmaceutical lobby is the largest in Congress, and given that some of the most important philanthropists behind the modern LGBT movement have close ties to Big Pharma, this medical component is important to note. Adina Kutnicki read more

As expected after the Election Coup committed by Dem-Marxists, the infection of totalitarianism is far worse than the existence of any pandemic. Though I personally am not an anti-vaxxer, Justin’s info that probably has been hidden from you should give ANYONE pause to take a COVID vaccination. (In full disclosure, my wife is a vehement anti-vaxxer.)