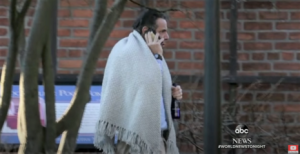 Lerer brings up in passing some glaring Democratic inconsistencies, but her overall tone proposes that the party’s moral standards are just too high to compete with those sleazy Republicans, a fairy story about Democrats they love to tell themselves (with lots of help from the Times).

And a few prominent names were conveniently missing from the narrative: former Democratic President Bill Clinton, who was defended by Democrats and the media over several credible allegations of sexual harassment and assault, and Brett Kavanaugh, now Justice Kavanaugh, who was attacked by liberals and the Times in a series of smear stories.