Pfizer/BioNTech animal trials show dangerous concentrations of nano-particles in organs
Contrary to the manufacturer’s claim, the mRNA nanoparticles do not remain at the injection site, but are sometimes found in

In Japan, upon request under the Freedom of Information Act, the licensing authority published previously inaccessible animal test data on the mRNA vaccine from Pfizer/BioNTech. The data show that the mRNA nanoparticles do not remain at the point of injection in the muscle tissue, as claimed by the manufacturers, but in many cases reach the organs in high concentrations. RT DE asked the German Ministry of Health about its assessment at the federal press conference.

Contrary to the manufacturer’s claim, the mRNA nanoparticles do not remain at the injection site, but are sometimes found in high concentrations in organs, especially in the ovaries in females. The representative of the ministry was asked: “Does the Federal Ministry of Health have similar data for Germany, and if so, how do you rate them?”

The journalist persisted: “My question related to the fact that at least from these data from the Japanese approval authority it is clear that these mRNA nanoparticles do not remain at the puncture site, but were found in high concentrations in the organs. The federal government will certainly also have corresponding data on animal experiments with the vaccine in Germany. Has this phenomenon also been observed?”

But the spokesperson would not comment on these explosive findings: “I cannot comment on what the Japanese regulatory authority has said here. I can tell you that this vaccine has been tested by the EMA and has received regular approval. Since it has this approval, it can be used in Germany as well as in all other EU countries.”

As of May 18, 2021, 155 deaths were reported in Norway after vaccination with BioNTech/Pfizer. In most cases, elderly nursing home residents were affected, showing a risk that frail people will die prematurely as a result of the vaccination.

A study from Nature Neuroscience showed that the S1 spike protein of SARS-CoV-2 crosses the blood–brain barrier in mice, causing damage to the cardiovascular and central nervous systems. The spike protein ended up in the peripheral tissues – thus SARS-CoV-2 RNA was recovered from cerebrospinal fluid.

The study showed that these new spike proteins exploit angiotensin-converting enzyme 2 (ACE2), allowing for increased intake of spike proteins into the lungs and specifically to the brain. This is how SARS-CoV-2 manifests in the central nervous system, which include changes to taste and smell, headaches, twitching, seizures, confusion, vision impairment, nerve pain, dizziness, impaired consciousness, nausea, hemiplegia, ataxia, stroke and cerebral hemorrhage.

Spike proteins readily cross the blood-brain barrier through a process called adsorptive transcytosis. Inflammation notably increases spike protein uptake in the brain and lungs. And when the animals were induced with inflammation, the intravenously-administered spike proteins entered the brain more readily.

This is the same spike proteins that human cells now translate, synthesize and replicate using the genetic instructions provided by new mRNA vaccines and adenovirus-vectored vaccines, which is being mass produced to subvert the natural genetic template of protein synthesis.

Canadian virologist Byram Bridle, believes anti-Covid vaccines are directly responsible for cardiovascular injury and death as proposed by the first-of-its-kind “biodistribution” study from Japan showing that even when injected in muscle tissue in the arm, the mRNA (messenger RNA) injections from Moderna and Pfizer/BioNTech cause the production of spike proteins.

“If you inject the ‘purified’ spike protein into the blood … [there is] all kinds of damage to the cardiovascular system, it can cross the blood-brain barrier and cause damage to the brain,” said Bridle. “We thought the spike protein was a great target antigen, we never knew the spike protein itself was a toxin and was a pathogenic protein. So by vaccinating people we are inadvertently inoculating them with a toxin. FREE WEST MEDIA read more

And it turns out these so-called media experts were dead wrong. And now they can’t back-pedal fast enough. In fact, it’s so bad that several media outlets that actually said Trump was right in his summation of the entire COVID situation by calling it…

I’ll give it to Joe Biden. He’s got all of his bases covered. Well, he’s got all of THE bases covered. I guess that’s because if you have to change your mind on something in politics you’re known as a “flipper”, or a “waffler”. Biden could open an IHOP with all of the waffles going on!

Do you remember a Joe Biden that hung out with Robert “Sheets” Byrd? Byrd was in the Ku Klux Klan. In fact, he was a leader in the group, reaching some sort of title known as “Exalted Cyclops”. Joe Biden gave the eulogy at Byrd’s funeral. He called him a “mentor” and a “friend”. Today, Joe Biden is all about trying to win back the sins of the past by giving free money to people of color. Not because they’ve earned it. But because they have a different skin color. I was under the…

In the opinion piece below the New York Times admits that deep state operatives were thwarting a duly-elected administrations policy decisions!

I believe that’s called a CRIME! Subversion of a duly elected President and his administration! Treason.

These people also admitted to stealing the 2020 election! Their term was “fortifying” but the results were the THEFT OF THE #2020Election!Do you suppose it’s too much to ask that the DOJ & FBI actually DO THEIR JOBS and arrest these people? You have here 2 confessions. One was on the cover of Time Magazine, where they confessed to election interference. And then this one!

The left has begun to gather a massive coalition of volunteers to combat so-called misinformation online as the 2022 midterm elections approach.

“‘The Truth Brigade’ now has thousands of volunteers who are using their personal social media accounts to dispel purported falsehoods from right-wing influencers and promote their own messages,” The Washington Post reported June 1. The Indivisible Project declared itself to be a “grassroots movement of thousands of local Indivisible groups with a mission to elect progressive leaders, rebuild our democracy, and defeat the Trump agenda.” The Post made a critical observation that the priorities of the liberal establishment have changed in terms of what speech to target online: “Democrats’ worries have shifted from fighting foreign influence campaigns and bot networks to responding to domestic figures and outlets amplifying disinformation.”

It was not only eye opening but more important, chilling and should be received by all the governors that China has targeted.

The Chinese government is much like Islamic Terrorism, it seeks to control us then completely destroy America, for no readily apparent reason other than the brain washing since the Sharia driven Muslims were young children.

Secretary Pompeo’s remarks about the U.S. Government being readily willing to offer Chinese students the opportunity to study in America is fraught with folly and perhaps spoken for some political purpose.

It’s not as though those who learn at our institutions of higher learning register as spies like our laws naively require. 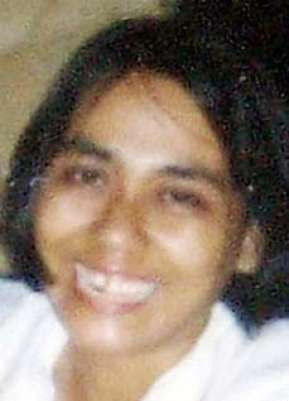 On This Day…
Jun 07, 2002: Lamitan, Philippines
A Filipina nurse is among hostages shot by Abu Sayyaf: 2 Killed