Has anyone dared to wonder the reason behind condemning upset American Patriots willing to resist Dem-Marxist tyranny with arms is condemned (even by many Conservatives), YET Black Lives Matter and Antifa violent riots and looting are called “mostly peaceful protests”?

Personally, I believe confronting the current American tyranny should begin with peaceful – YET LOUD – protests and resistance to laws and bureaucratic (unlegislated) rules. However I suspect a time is soon coming when Biden/Dem-controlled law enforcement agencies will begin confronting Conservative protests with violent enforcement and/or the Communist private paramilitary forces of BLM/Antifa will be unleashed on Conservatives without restraint. IN THAT DAY I will NOT be one to sit idly to get my head bashed in standing up for God-given and Constitutional Rights ignored by a now corrupt three Branches of government. This is the sentiment expressed in the Justin Smith submission.

The GLOBAL CABAL’S PLANS FOR MANKIND ARE DEPOPULATION AND GENETIC MANIPULATION. THE WORLD IS THEIR PETRI DISH.Don’t let them evolve you into theirRESET!

Who will you choose, God or the godless?

Mankind who insists that there is no creator but only a “BIG BANG” and an evolution of processes that somehow created a “spore”, that somehow adapted into vegetation, sea and land life and whatever else we have, with some creatures able to fly and others such as bacteria in a damp cave not able to evolve beyond an invisible minute size….and the poor chimps who didn’t get the evolution gene kicking in…are doomed to return to dust forever.

So, to what length will lies keep churning…when they don’t make sense except when you apply pseudo science? There is a reason the Theory of Evolution is called a Theory. Because it is.

Well, the same people who brought…

THOSE WHO DOUBTED THAT PRESIDENT TRUMP WAS APPLYING THE “ART OF WAR” WILL SOON BE EATING THEIR WORDS!

The Cabal and their swamp creatures totally underestimated President Trump. They tried to bring him down. They tried to ruin his brand, his name, his commitment, his resolve, his love for “We the People”, yet, they could not touch him.

Years ago Trump did a test to seewho was loyal to him and who was not.He was facing a tough time and fake news said he was now washed up, broke, and lost everything. During this time, he kept focused on his goals and as the entire world watched him, waiting to see him fail, he put on one heck of a come back show! In this process he found out who his real friends were and who were just there to ride the gravy train. He discovered who was…

You all know that Piers is a Liberal wacko…But, a broken clock is right twice a day. I guess it’s all too much for Piers because he hits the Commies here:

One of the dudes in this video says: “You have to stand by your friends when the “Cancel Culture” tries to destroy them”.Of course, there is a dumb moonbat chick who loves this lunatic ‘cancel culture’.

The Idiot Commie Left want everything cancelled except poop-chute worshipers and baby killing abortionists. Is that the type of world you people want?

As of now, Good Morning Britain wants Piers back because their ratings are horrible after he got ‘cancelled’ by the Commie, fascist jerks.

Net Servers Down WorldwideBut It Mostly Affected The Leftists. Lol.

CNNLOL, NYSlimes, Amazon, Mozilla….LMAOFF. Who cares. If the whole net goes down, I have about 5 Bibles. I have Trivial Pursuit. I have books and magazines. I have my imagination.

Let it all crash and burn. I don’t even care anymore.

I gotta get to the gym, here it is:

On Sunday, the Washington Post’s Publisher Fred Ryan laid out a compelling case that the Biden administration lied to journalists’ faces about the rogue Department of Justice’s surveillance of the press.

Abracadabra…This one came out in my Senior year and my steady boyfriend, who was the team captain of the Football and wrestling team… He used to sing this one to me.

The world will never be the same now that Don Imus is not among the living.

Don Imus is an American radio host who has a net worth of $45 million dollars. His talk show Imus in the Morning has earned him national recognition and was broadcast throughout the United States

When he was still among the living here are some interesting facts below:

The President of Guatemala wants nothing to do with her and wants her togo home.

Totally Democrat-created vice presidents cannot con the good people of Guatemala, mostly because people living in poverty live in REALITY rather than in orchestrated Politics.

Harris likely never imagined that the position of vice-president would require that she be spit on.

She better get use to it.

Look for bricks and more to fly as we fully discover howincompetent she actually is.

Vice President Kamala Harris, who traveled to the Central American country on Sunday to meet with Guatemalan President Alejandro Giammattei in her first trip after being appointed by President Biden to lead ‘diplomatic’ efforts in the region amid the border crisis, had a figurative — glass of ice water tossed into her face. 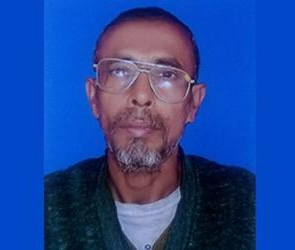 On This Day…
Jun 10, 2016: Pabna, Bangladesh
A Hindu monastery worker is hacked to
death on his morning walk: 1 Killed