IRAN is no longer Israel’s biggest enemy, the United States is

The day after Yair Lapid and Naftali Bennett formed their government, Biden administration officials threw a diplomatic grenade at them. Last Monday, administration officials told reporters “unofficially” that U.S. President Joe Biden intends to appoint Hady Am (long time supporter of the Muslim Brotherhood and Hamas), his Assistant Secretary of State for Israel and the Palestinians, to serve as U.S. Consul General to the Palestinians—in Jerusalem. 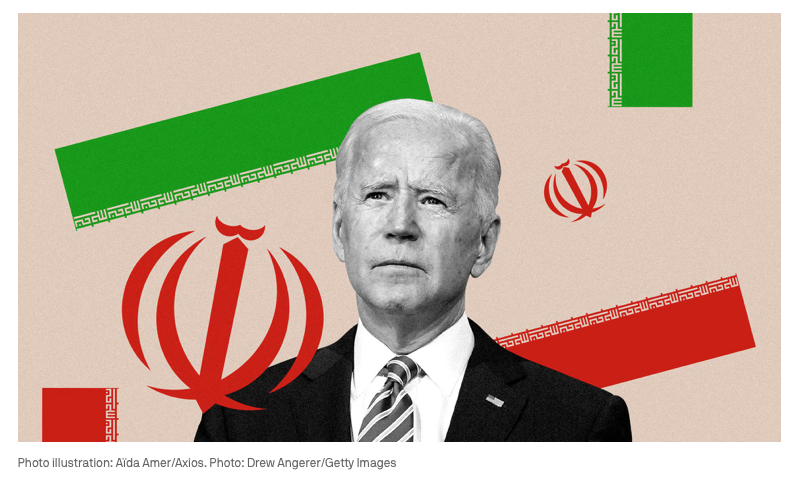 CAROLINE GLICK (h/t Frederic F) To deploy Amr to Israel’s capital as consul, the administration will first need to open a consulate in Jerusalem. In accordance with the Jerusalem Embassy Act of 1996, the Trump administration closed the consulate and turned the building into the Ambassador’s Residence following the transfer of the U.S. Embassy to Jerusalem in 2019. And under the Vienna Convention, the United States must ask Israel to permit the opening of the consulate and accredit the head of mission.

The administration’s decision to deploy Amr to Jerusalem as ambassador-in-everything-but-name to a hostile, non-Israeli entity is a double assault on Israel. First, it sends the clear message that the Biden administration supports the division of Israel’s capital. Second, by sending Amr specifically to Jerusalem, the administration is making clear that it intends to legitimize and work with Hamas.

Before joining the administration, Amr was a fellow at the Qatar-funded Brookings Institution. He was the founding director of the Brookings Institution in Doha. And from Brookings, Amr wrote and spoke in favor of legitimizing the Iranian-sponsored Muslim Brotherhood terror group. Amr advocated that the United States work to integrate Hamas into the PLO.

The administration’s now all-but-declared positions on Jerusalem and Hamas in turn strengthen Iran’s position in Palestinian society. They also legitimize the until-now unthinkable scenario in which the United States supports a Hamas takeover of Judea and Samaria. The administration’s deep-seated animosity toward Israeli sovereignty over unified Jerusalem makes clear as well just how hostile its positions are in relation to Israel’s strategic requirements and national rights to Judea and Samaria.

Although Palestinian Authority chairman and Fatah and PLO leader Mahmoud Abbas initiated the latest round of war last month, he did not benefit politically or militarily from the onslaught against Israel. Hamas did.

An opinion poll published last Tuesday by the Ramallah-based Palestinian Center for Policy and Survey Research found that 77 percent of Palestinians believe Hamas won the latest round of war. If elections were held today, Abbas would be wiped out, receiving a mere 27 percent of the vote, while Hamas terror chief Ismail Haniyeh would win the leadership with 59 percent of the vote. The only Fatah leader more popular that Haniyeh is convicted mass murderer Marwan Barghouti, the architect of the 2000-2004 Palestinian terror war. Barghouti is in prison, serving multiple consecutive life sentences for his direct command of murderous Fatah terror cells. Bare Naked Islam readmore

3 thoughts on “IRAN is no longer Israel’s biggest enemy, the United States is”