Did #FACEBOOK Just Go Down? YAY!! Finally The “Hackers” Got The Right People!?

Get Ready: The Beasts Have Released The “Delta” Variant Virus:

It’s all over the media, this “Delta” variant. I believe they’ve (the population reduction Commies) released another virus into the atmosphere. YOU don’t have to believe it–but I DO.

So- Take your Super Lysine, folks. Get ready for another round of resistance. They’ll probably lock down many places again, but who knows… I don’t. I only see they are beefing up this “Delta” strain–bigtime in the C.I. Media. And, that spells madness. These are hardcore Communist/Globalists and murdering off or making sick the population is nothing to them. They have NO souls.

This is the type of idioiotic maneuver that could set the black sea ablaze.

HMS Defender was off Crimea in international waters when the 8,500-ton ship – armed to the teeth with hi-tech weapons systems – was confronted by the smaller vessel bellowing out its demands.

Russian warplanes were them called up join in and buzzed the Type-45 destroyer with four bombs dropped onto its path.

The incident unfolded just a few minutes before noon when according to Putin’s defence ministry, the Royal Navy ship crossed Russia’s… 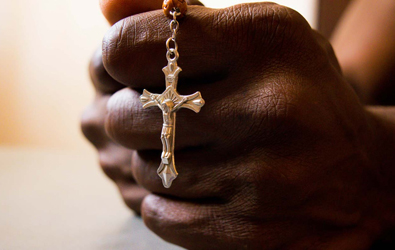 On This Day…
Jun 24, 2019: Bani, Burkina Faso
Christians are executed after being identified by their crosses: 4 Killed