Why did you get the vaccine?

boudica us Published July 5, 2021
Rumble — Why did you get the vaccine?

DO NOT GIVE IN TO HOPELESSNESS CARPE PRAESENTI

boudica us Published July 5, 2021
Rumble — DO NOT GIVE IN TO HOPELESSNESS CARPE PRAESENTI

Normally, I’m very patriotic today. Normally the blog is about how our Founding Fathers fought the British to win independence and grant us the nation that we have become today…the good, the bad, and the ugly of it. But today, I’m going to admit, I’m not feeling that. I’m more pissed than anything this morning, and it’s because of what our country has become over the past 12 years.

I don’t want to sound racist here, because I’m not, but since Bobo Obama became president, I have noticed a vast change in the left wing politics. It’s become bolder. It’s become off kilter. It’s no more about trying to get along and solving differences between right and left. It’s pitting right versus left. It’s a kill or be killed attitude. And that’s what we’re facing this 4th of July.

Let me give you a prime example, and actually what I…

I’ve actually waited a couple weeks on this one before getting it scheduled. And the reason is simple. Since 1947, 85 miles northwest of Roswell, New Mexico, when a piece of what was described as a spacecraft was found…then refuted as a “weather balloon” less than a day later by the Air Force, we’ve been fascinated with aliens. And not the kind that cross the border near Nogales, AZ. I’m talking about the kind that cross the border from the Ozone layer.

It was back at the end of June that the Department of Defense, under a directive that was issued by Senator Marco Rubio (R-Fl) last year, gave them until the end of June of this year to release all of the pertinent documentation they had on UFO’s. They did.

Most people say the key feature of capitalism is competition. Hard to argue with that characterization, but I would go one step further and say that it is one of the consequences of competition – “creative destruction” – that best captures why free markets make it possible for entrepreneurs to deliver mass prosperity.

But what’s the key feature of government? Is it waste? Dependency? Corruption?

Those are all good answers, but perhaps “unintended consequences” should be first on the list. Courtesy of Reason, here are three examples.

I’ve previously written about both ethanol subsidies and so-called employment protection legislation, two of the three examples were already familiar to me.

I wasn’t aware, however, that businesses resorted to big concrete edifices to get around Vermont’s billboard ban (though I have read, in a classic case of baptists and bootleggers, that big…

What will make this year special, though, is that we’re going to tackle the heavy topic of whether the United States lives up to its own ideals.

Two years ago, the New York Times unveiled the “1619 Project,” which largely argues that slavery and racism are part of the nation’s DNA. The NYT states that the project “aims to reframe the country’s history by placing the consequences of slavery…at the very center of our national narrative.” 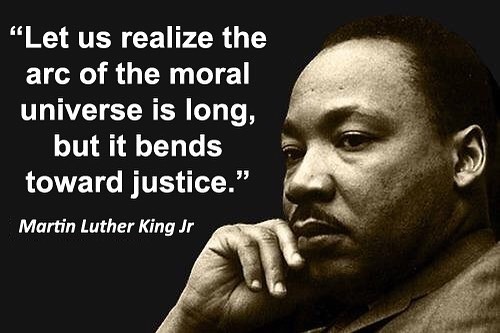 Reporting on the “new Delta Variant” has been at a near fever pitch as Americans attitude toward receiving the mRNA vaccines has waned and interest in participating in the “great experiment” has plateaued and dropped drastically. The new variant has been determined to be “more contagious” than the last 2 or 3 Cv19 SARS 2 Corona (or whatever other labels they hang on the Wuhan experimental virus), but the reporting never goes past “more contagious”.

Natural Immunity, by means of natural exposure is still, after a year, omitted from discussion and statistics reported in legacy media reports about Covid 19.

This is so sad. So many people have perished because of this vaccine. It begs the question: Did the ‘powers-that-be’ make this vaccine to kill people off? Or what? We are living in a horrible time.You cannot trust whatever the government & media is pushing.

The Book Of Revelation Is NOW

These weather events posted below have happened in the last few months.

I am reading the book of Revelation right now and asking God for wisdom to see what is happening. The book of Revelation may as well be in ‘real time’ right now. We’ve been having Earthquakes for at least 25 plus years and they have only gotten worse.Everything is going to get worse and ‘worser’ still.

Revelation 16:8The fourth angelpoured out his bowl on the sun,and the sun was allowed to scorch people with fire.9They were seared by the intense heat and they cursed the name of God,who had control over…