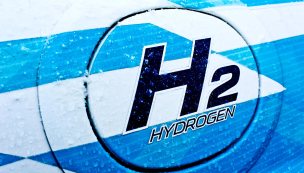 ‘Academics warn fugitive emissions from producing hydrogen could be 20% worse for climate than using gas’, reports The Guardian. Climate claims aside, the lack of practicality in the hydrogen plan (is there one?) is becoming ever clearer. Why waste time and effort, and a fortune, for no known benefit to anyone or anything, but plenty of economic pain to citizens?
– – –
The government’s plan to replace fossil gas with “blue” hydrogen to help meet its climate targets could backfire after US academics found that it may lead to more emissions than using gas, says The Guardian.

In some cases blue hydrogen, which is made from fossil gas, could be up to 20% worse for the climate than using gas in homes and heavy industry, owing to the emissions that escape when gas is extracted from the ground and split to produce hydrogen.