the white house says you can’t post that, delete it lol

Rumble — the white house says you can’t post that, delete it lol

NEVER FORGET He DID WARN you

This report is a critical alarm call to the world.
Download it and distribute it far and wide. I have a terrible sense the lies propagandized upon Americans (and the one-time free world) is the hope of stealth Marxist agenda (you really should read up on Antonio Gramsci) to attempt the final transformation nails in the American concept of individual Liberty coffin. Why else would it be acceptable for the number of adverse reactions (including deaths by the thousands) that have exceeded a half-a-million aberrant side-effects when earlier vaccinations with far-far less casualties were removed due to harm?

I found this Dr. Mercola post talking about Jab casualties and the mysterious push to continue jabbing. Though…

The company has built a system that exempts high-profile users from some of its rules while regular users are sanctioned over them.

With an exponential upsurge in “cancel culture“, which has been called a highly-developed Marxist weapon, it is now the main go-to operational method utilized by America’s political power-brokers on the left. But for a lock-step alignment with what has, for all intents and purposes, morphed into the Mockingbird Media, its effects would be negligible.

Basically, its end goal is to stifle freedom of speech; the cornerstone of which individualism and liberty rests. Thankfully and concomitantly, millions have awakened. Sleeping giants. Rest assured, it is this awakening which has drawn a bulls-eye around social media giants, that is, with Facebook in the direct cross-hairs. Indeed, it is the defacto internet since nearly every site connects to it… 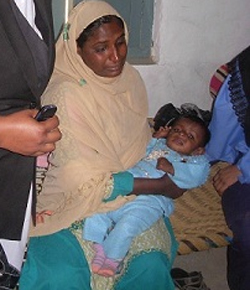 On This Day…
Sep 30, 2006: Islamabad, Pakistan
A Christian man dies under torture while serving a
prison sentence for touching the Quran: 1 Killed

12 Reasons NOT To Speak Up!

Rumble — What is going on?

Awaken With JP 12 Reasons NOT To Speak Up!