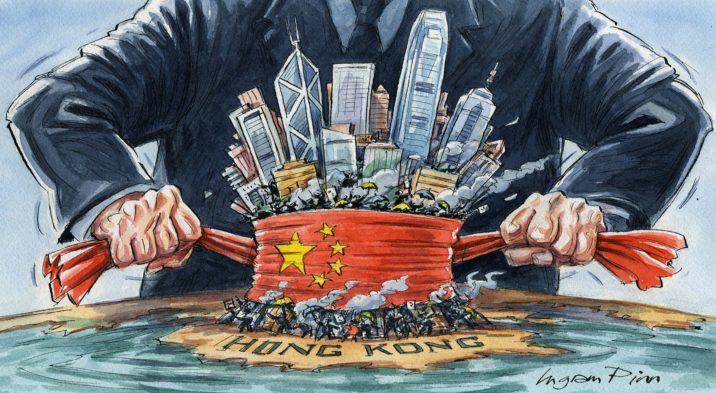 DEAR reader, a comparative analysis is presented below for your consideration; one which in non-Orwellian times would appear as an irrational and inconceivable thesis and proposition. No longer.

FIRST, ask yourselves: are Americans in any less danger from the criminal regime in D.C. (with the assistance of like-minded domestic and foreign totalitarians, unelected and elected) which has overtaken the nation, comparative to the citizens of Hong Kong vis-à-vis the CCP at their throats?

ONCE the aforementioned is digested, a follow-on thought experiment becomes highly germane: would the dictators in China be running total roughshod over Hong Kong, that is, if President Trump remained at the helm? Moreover, does anyone believe that Taiwan won’t be next?

IN answer to the latter, the calculus should be a foregone conclusion. Since the CCP is more than confident that the Biden regime, yes, China Joe…