WHO IS DOCTOR HILARY (KILARY) JONES?

THE TRUTH ABOUT THE PANDORA PAPERS

Rumble — THE TRUTH ABOUT THE PANDORA PAPERS

BOOSTER SHOTS FOR LIFE AND MARTIAL LAW COMING TO CANADA???

Man Regrets Turning in Mother to the Government

Rumble — Man Regrets Turning in Mother to the Government

From China, here is the testimony of a man who, as a boy, embraced the new Communist regime and the cultural revolution. He and his father turned in his mother to the government when she criticized the leader Mao Tse-Tung. Soon thereafter, she was arrested and executed. Living under communism since then has changed his views. Now he is filled with remorse for having been fooled into embracing such evil. 2013 Mar 29 – Source: The Guardian – https://youtu.be/CCA6ME81RLQ/

* People are embracing the evil now, as they denounce people for not wearing a mask, not staying home, not being vaccinated against their will, or simply for using established English grammar and honestly speaking about reality!
This is what our government is doing to our children, our families, our neighbors today. Revolt throw all the bastards out.

Check It Out Now!!! Sidney Powell On Full Kraken Mode

Vaccinated Economy & Unvaccinated Will Be Left 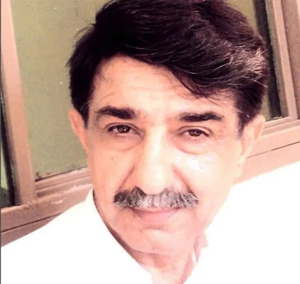 On This Day…
Oct 05, 2020: Peshawar, Pakistan
An Ahmadi professor is killed over his
faith by a Sunni professor: 1 Killed

THE CRACKDOWN IS REAL — AND THEY’RE DESPERATE!

Rumble — We Are Change

TROUBLE:
THE CRACKDOWN IS REAL — AND THEY’RE DESPERATE!

ANYONE FOR AN OCTOBER SURPRISE?

ANYONE FOR AN OCTOBER SURPRISE?
“The only certain barrier to truth is the belief you already have it” – Voltaire