Look back at 2020 and you saw protests and violence in the streets in several US cities. Now, most of the violence occurred in Democrat controlled cities. Places like New York, LA, Chicago, Portland, Seattle and such, where Dems have ruled the roost for a very long time. Think about the “defund the police” movement that took place in places like Milwaukee, and Minneapolis, and still to this day is a mantra of the uber-leftist snowflake socialists.

And you’re going to see a lot more…

Those words came roaring back to me today when I was reading an article from last Wednesday in USA Today. It was really amazing when you think about it. There have been more deaths in 2021 from COVID-19 than in 2020.

I think I need to repeat that.

And Joe Biden uttered those words in a tweet last year during the campaign. The fact of the matter was, he was telling the truth. He had a 200 page plan that someone on his team (not him) developed on how to defeat COVID. The problem was that about 195 of those pages were taken…

Well, we know it ain’t Joe Biden, right? I mean the guy can’t tie his shoes. He can’t read a teleprompter without screwing up, and his policies have been an abysmal failure. In fact, according to the recent Quinnipiac poll that we highlighted yesterday, Biden is the worst president in US history.

So, who is running the country?

Who isn’t running the country would be an easier question to answer. We know it’s not Biden. We know it’s not Jill Biden, which would be a throw-back to Woodrow Wilson. We know it’s not K-baby Harris, who’s too busy redecorating the Naval Observatory to handle the southern border crisis. It isn’t Nancy Pelosi, because she’s lost control of her own party in the House of Representatives, and it isn’t Chuck Schumer. He can’t even manage Joe Manchin and Kyrsten Sinema, much less real problems!

So, that leaves out basically Democrats. Who’s…

Joe Biden must have hired a third grader when he decided to go with this as his slogan for his term as president. I will agree, however, that it is much better than his previous campaign slogan of “No Malarkey”, which was an abject failure from the beginning.

But can we parse these words a little bit to see if they make any sense?

BUILD: According to Dictionary.com, there are two definitions for this word. The first is “to construct (especially something complex) by assembling and joining parts or materials”, and the second is “to establish, increase, or strengthen”. Well, it seems to me that the first definition is probably the more accurate, though Biden would want you to believe more in the second definition. The only thing Biden has been constructing over the past nine months in office is chaos. He hasn’t been necessarily assembling or joining any materials…in…

A friend’s daughter has gone the route of transgenderism. She claims to be a male.

Her transition began long ago with her wearing pants and shirts, never skirted apparel. Following puberty, she bound her breasts tightly to disguise them as much as is possible. She wore her hair very short, though it was always styled attractively.

When she turned 18 and was considered an adult, she went even farther. She had bilateral mastectomies and began taking testosterone to induce masculinization of her body features. She is determined to be a man!

In today’s confused society did no one counsel this young woman about accepting her female gender as a gift from God? Did no one explain the downward…

Who controls who? Do we control our government, or does our government control us? When we are taught in government-run schools, what do you think many of the people who run those schools, government officials, would like us to believe?

Don’t think that is a serious concern? Then read the following.

For a thousand years, the sheriff was the most important person in law enforcement in the Anglo-Saxon world.

This official, sometimes selected by the king, sometimes by a local lord, sometimes by local election, was responsible for administering justice in a particular jurisdiction.

Continued => Progressives want the State to own your child

Does that article seem to be about something different? Then read a bit more.

Piece of garbage, Communist filth, Deblasio is removing the Thomas Jefferson statue from City hall. Who does this kind of crap? Only Leftists. They are miserable humans. Total unfortunate bastards. NEVER happy. Always walking around with a puss on their face. I’m GLAD they wear masks now. Who wants to look at a Leftist mug. 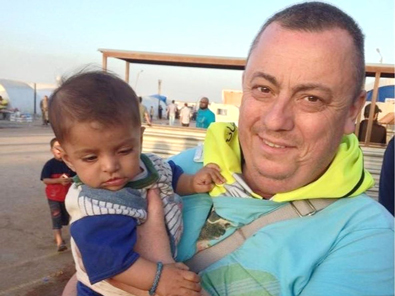 On This Day…
Oct 15, 2014: Raqqa, Syria
A gentle humanitarian worker is beheaded
by Religion of Peace activists: 1 Killed