IT is no longer a given that a so-called Zionist at Israel’s helm will safeguard the Jewish homeland, despite their sacred and sworn duty to do so.

EVEN more so, PM Bennett committed the ultimate betrayal, that is, he played the part of a fully devoted Zionist, but turned out to be nothing of the sort. In fact, he is the definition of a betrayer!

AND not one to re-work the wheel, so to speak, let’s take an accounting, of sorts.

Like Loading...
boudicaus@boudicaus
What I Just Told New York Times About the Complete Failure & Disaster of the Covid Vaccine

Earlier this week, I received this email from the New York Times:

I am a media reporter with The New York Times. My colleague and I are working on a story about false or misleading vaccine misinformation in the audio space…You have said on Facebook that the vaccine “doesn’t work” and is “a complete failure.” Do you have any comment?

I wanted to share my response to the New York Times…

Sure, I have a comment. Every word I say is based on science and facts.

The VAERS reporting system is the only present scientific way of measuring deaths and injuries from any vaccine – including the Covid-19 vaccine. It’s not my system. It’s not based on politics. It has nothing to do with conservative or liberal opinions.

It is a science-based medical reporting system provided by the government and the CDC.

It is the only way of keeping track of the deaths, crippling injuries and adverse reactions from any vaccine. It has been used for many decades.

No one in the medical community, or media has EVER in history ignored, or disparaged the VAERS Report before. Until now.

Here are the VAERS numbers: Over 17,000 Americans are reported dead directly from this vaccine – mostly from strokes, heart attacks and blood clots. Over 800,000 are reported injured, many of them hospitalized (over 83,000); many with life-threatening illness (over 18,000); many others permanently disabled (over 26,000).

This information is all publicly available and provided by the CDC. This cannot be called “misleading” by anyone in the media. The very definition of “misleading” would be to either disparage VAERS, or ignore it, and not report it daily to your readers.

The amount of deaths and significant injuries reported at VAERS is now dramatically higher than all vaccines in the past 30+ years combined. This has happened in only ten months. Read moreRoot For America

P.S. After I sent this response, it was reported 77.7% of Covid deaths in Illinois last week were vaccinated. It was also reported Ireland has a massive Covid outbreak, despite the country being 91% vaccinated. And an exhaustive year-long study in the UK was released proving vaccinated people are just as likely to spread Covid as the unvaccinated.

It’s nowhere near the mega monolith that he wanted, but Joe “Brandon” Biden did get his infrastructure bill finally passed by the House or Representatives Friday night after a “rules change” on how voting should be done, and a lot of arm twisting and rabble rousing.

So, we’ve heard all sorts of crap about this bill, and haven’t really heard much about what is in it. Everyone and their cousin says that our infrastructure, and I’m using the traditional definition of infrastructure here, sucks. They’re right. Roads, bridges, airports, railways, all need upgrading, as does our nation’s power grid. How much of the $1.2 trillion package is going to help that and how much is going to boondoggle stuff that progressive socialist snowflakes want? Let’s find out, shall we?

$110 billion of the $1.2 trillion is going to roads, bridges and “other infrastructure projects”. This is a pare-back of about…

Good Citizens Are Kings Who Serve The King Of Kings

We live in times of increasing turmoil.

Democrats Fake “Impeachment Crusade”: Four years of HELL FOR President Trump/Citizens – it is time for the Call Out of The “Political Fakery” Of The FBI/Wray in cahoots with the Pelosi/Schumer Democrats/FISA Courts and the 2020 Election Hammer Score Board fake election.

Time for Clinton/Pelosi/Schumer to fold up their tent – their fakery is now on the table.

The fool is absolutely out of his mind; or should say he and the money mongers that are pulling his strings are.

Their logic behind these monumental acts of destruction are:

Jason Hayes, the director of environmental policy at the Mackinac Center for Public Policy, blasted the Biden administration for its energy policies, telling Fox News that their work on Line 5 is “just one more example of being divorced from reality.”

What else can be…

US Planning Regime Change In #ETHIOPIA Like They Did W/ The #Taliban In #Afghanistan?! AntiChrist Prophecy Coming To Pass IF So:

This blog covered the regime changes in Egypt, Libya, Ukraine and the FAILED attempt in Syria. The Communist Democrat party is a war mongering, evil, murderous, antiChrist party of death and destruction. Not only do they murder our people here by biological weapons and kill shot ‘vaccines’, they trample their evil feet all over the world, especially the middle east.

It is NOT, I repeat NOT Joe Biden ‘in charge’, this is Obama: It appears that before the antiChrist JOBAMA regime seized the white house by coup, this is what happened in Ethiopia:DAWN OF DEMOCRACY IN ETHIOPIA: THANK YOU AND CONGRATULATIONS ETHIOPIA! PROSPERITY/OPPOSITION PARTIES! NATIONAL ELECTION BOARD! PM ABIY AHMED!

Read, discern and sift thru this… 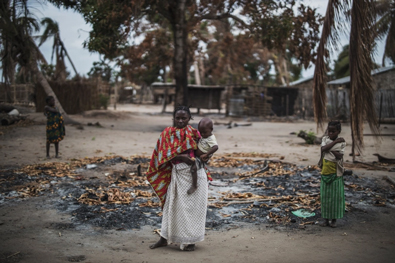 On This Day…
Nov 08, 2020: Mueda, Mozambique
Villagers are herded onto a soccer field and
beheaded by Islamic extremists: 52 Killed