They would do this, Steiner warned, through “inoculations”.

Is this the reason behind the repeated calls to get vaccinated against Covid-19? After all, despite the media’s attempts to convince us otherwise, Covid-19 is only marginally more deadly than seasonal cold and flu. So why the drive to vaccinate everyone against it, and cripple the economy and day-to-day life in the process?

Is there a hidden agenda behind the vaccination program? Is this why the media repeatedly now harps on the threat posed by the Covid “pandemic”? Is this to induce us all to get vaccinated?

Taken together, and I cannot stress enough that they need to be seen TOGETHER, the following two posts may provide an answer to those questions. Make no mistake, we are in the midst of a spiritual war. The Truth Seeker read more

This is an excerpt taken from about 1hr 40 min of this DARK JOURNALIST broadcast: https://www.youtube.com/watch?v=0Ebnt…

X STEGANOGRAPHY REVEALED! Dark Journalist Daniel Liszt presents the groundbreaking X-SERIES that follows the X Steganography through the History of Political and Covert Esoteric Groups coordinating in a Stealth Program the Secret Work of the Mystery Schools X-Technology and Apotheum Reality Distortion. RUDOLF STEINER & AHRIMAN In this fascinating episode, Dark Journalist looks at the leader of Anthroposophy, Rudolf Steiner and his Spiritual Science Cosmological teachings about a group of astral beings called Ahriman that are preparing to enslave humanity through advanced technology (like CERN’s Hadron Collider) into something called the Eighth Sphere. Steiner had been initiated in Mystery Schools and predicted Anthroposophy would have a major influence on 21st Century culture. Many of his innovations, including Waldorf Schools and Bio-dynamic farming, are more popular today than ever.

Professor warned about Zombie Vaxx back in 1995

boudica us Published November 16, 2021
Rumble — Professor warned about Zombie Vaxx back in 1995

Attorney General Merrick Garland was grilled last month about his now infamous memo labeling parents who voice their concerns at school board meetings as terrorists. No contrition, no regrets, no apologies, and no rescinding his epistle.

Why is Garland digging in his heels? Could it be that after the myriad decades of gradually shaping and molding the worldviews of Americans through public education, our citizens are beginning to read the handwriting on the wall?

Could it be that parents are waking up while there is still an opportunity to jump out of the FROG POT?

Have the puppet masters overplayed their hand?

Tragically, we usually do end up playing into their hands. Maybe they already knew parents would finally rise up, or perhaps this took them by surprise. Whether the domestic terrorist label was waiting in the wings for such a time as this, or whether it was in quick response to an issue they needed to squelch, it is now on the table. Only time will tell if this comes back to bite them.

Concerned parents have always voiced their opinions at school meetings. A sad excuse for a math curriculum may not be illegal, but a parent still has the right to object to it. In the matter of library books, it makes no difference whether it is lawful to have these books in the school libraries or not. The issue is that these parents have the right to object and voice their displeasure — sometimes passionately.

Quoting the content of some of these books has alarmed the public. Few realized that their children were being deliberately sexualized in the schoolhouse. Some parents were aware of the comprehensive sex education being forced upon their children in lieu of teaching reading, writing, and arithmetic, but had no idea about the books that either established or reinforced these teachings.

As expected, the experts with the lengthy pedigrees are already out in full force explaining that these parents are not bright enough to understand the educational value of such smut.

We’ve all heard the phrase, “No one knows what goes on behind closed doors.” Public schools are a perfect illustration of this.

Hold the puppet masters’ feet to the fire. Do not allow a celebrity scandal or even a natural disaster to make this disappear . . . but, DO NOT lose sight of what the PMs were trying to silence in the first place — parents who were effectively announcing to the world what the children are being taught and exposed to in the schoolhouse.

Let’s back up for a moment: Leo Hohmann read more 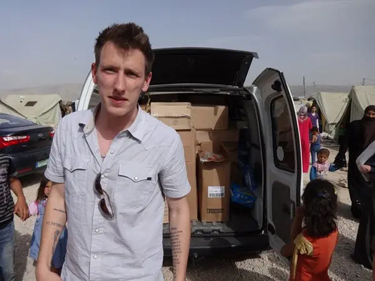