Ted Cruz (R-TX) has come out already and said that if the GOP takes over the House of Representatives as is thought this November, one of the first actions that they should do is impeach Joe Biden.

I’m not a fan of that strategy just yet.

Oh, don’t get me wrong. I believe that Biden’s lack of enforcing the law on the southern border and allowing all sorts of illegals into our country is certainly an impeachable offense. That’s not the point. The point is that unless there is something very strong going on with the Republican efforts in the Senate that I can’t see, it’s an absolute waste of time.

boudicaus Published January 9, 2022
Rumble — “This is very serious – these are the biggest crimes against humanity ever committed in the history of human kind” – Anna de Buisseret

In this brilliant interview, lawyer Anna de Buisseret explains clearly and eloquently how those responsible for causing harm will be held liable under the law in relation to the experimental injections currently being rolled out, especially to young children. She describes how those who have explicitly or implicitly aided and abetted governments in a military grade psychological operation have essentially committed crimes against humanity and that they will inevitably be held accountable, as has happened throughout history.

Having been accused of issuing threats, Anna declares she is simply a messenger and that the law is the law. She is simply pointing out what the law is because people need to be aware of what they are doing and the harms they are causing.

Representative Mo Brooks (R-AL) claimed that the COVID-19 pandemic was a manmade “bioweapon” created by the Communist Chinese during a Saturday appearance on the Fox News Channel.

Brooks, a candidate for U.S. Senate in Alabama, told FNC’s “Fox News Live” that it would be something we would have to “learn to deal with” despite a reluctance to discuss the pandemic by Democrat leaders.

“[T]he bottom line is this — and people need to understand this: This is a bioweapon that was created in the Wuhan bioweapons lab of the Communist Chinese Party, in conjunction with the People’s Liberation Army,” he said. “It’s going to be around for a long time, and we have to learn to deal with it. We cannot shut ourselves up, which is one of the policies that unfortunately has done so much damage to our economy at the assistance of Democratic governors, mayors, and to some…

Washington Post: Manchin’s $1.8 trillion offer on BBB is no longer on the table

As you probably recall, Manchin called an abrupt end to negotiations over the Build Back Better bill just before Christmas. There was a follow-up story written by a Manchin confidante which saidthe tipping pointwas when the White House put out a statement singling out Manchin by name as the obstacle to getting a deal. Manchin felt that statement was at odds with the gentlemanly discussion he’d been having with Biden in private and he got angry about it andblew upthe negotiations.https://efe82e3633ba051da55076be5382234d.safeframe.googlesyndication.com/safeframe/1-0-38/html/container.html

Ever since then there have been a series of threats and rumors that negotiationsmight begetting back on track. But later reporting claimed that was not the case. Democrats had moved on to focusing on voting rights and Manchin…

And that is exactly where this society is headed… watch this informative interview, then watch the attempted cover-up at the end where the host on the left (no pun, intended) tries to hide his fear at being identified so closely…

FEAR is what drives the vaxxed crowd to turn on their fellow citizens for using their heads and seeing what this ‘pandemic’ really is.  People that aren’t used to dealing with stress think stupid, insane things, then DO stupid, insane things!  The shill on the left tries to shoot down Iversen’s CORRECT assessment of this false flag ‘pandemic’ as most complicit media persons would.  However, the facts are what they are… and that elitist piece of manure Faucci admitted as much to the media shill interviewing him!

No, this won’t end well.  There will be violence, it’s been the intention of the orchestrators of this hoax from the very start. …

The Left Stream Media and Dem-Marxists (including treasonous RINOs) Commissar inquisition House January 6 Committee lies to America while two Republicans (Matt Gaetz & Marjorie Taylor Greene) expose the truth in a 1/7/22 news conference. The video I share is on Bitchute (to avoid Youtube censure) and is of OAN coverage of the news conference. The video is a bit over 43-minutes. The first half is actual facts being hidden from the American public and the second half is a Q&A (some of which is from an obviously adversarial Press).

I need your generosity. PLEASE GIVE to overcome expenses:

Based on this Tweet below, I think this just might have been ANOTHER US attempted regime change in Kazakhstan. The EVIL bastards in DC can’t leave Russia alone. (See the map below)Russia slams US statements as ‘baby babble’ , This also: The Hunter Connection? Kazakh Security Chief Arrested For Treason Was “Close Friends” With Bidens. This too: Why The Kazakhstan Crisis Is A Much Bigger Deal Than Western Media Is Letting On

Is it RUSSIA who is changing regimes in Mexico and Canada in order to encircle us? NO.

It is the US GOVT with Soros/NGO ops that are surrounding Russia. OUR GOVT is the aggressor – EVERYWHERE. See this map:

Connecticut Department of Public Health Commissioner Manisha Juthani is supposed to be an MD and an expert in infectious diseases in older patients-palliative care, making this premeditated murder. Of Gujarat (India) origin, she must know very well that the nursing homes cut corners to save money. She has to know exactly what she’s doing – killing seniors in a cruel and inhumane manner. Meanwhile, the Connecticut Governor is requiring booster shots in nursing-care home staff which will make for staff shortages, meaning less cleaning and less care. Who would guess that Connecticut was such an awful place with such evil people? Why doesn’t she go back to India and kill them instead of us? They are overpopulated.

Why has the US imported such evil, cruel, inhumane excuses for human beings from abroad to take our jobs and now kill us? Of course, stealing American jobs is cruelly murderous. There are…

In the final week of 2021, Nobel prize-nominee Dr. Vladimir Zelenko, MD, whose Zelenko protocols have no doubt saved tens of thousands of lives, posted an urgent video with a “call to action.”

In this video, Zelenko warns about the desperation point at which the globalist elites who are pushing the two-year-old propaganda campaign have arrived. 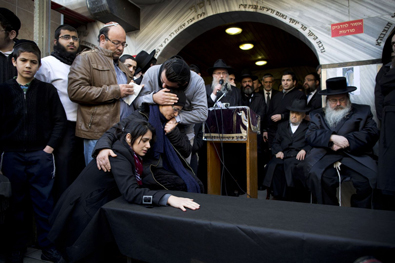