“He who becomes compassionate to the cruel will ultimately become cruel to the compassionate.” – Midrash Rabba, Ecclesiastes 7:16

IT is not for nothing that the above Jewish dictums are cited within the “ABOUT” page of this site. Simply put, they are guiding forces.

BUT before today’s unmasking proceeds, it is mandatory due diligence to include what is often referred to as “full disclosure”, that is, when laying down an evidentiary charge-sheet. This time is no different. First things first.

FIRSTLY, otherwise intelligent individuals (albeit, sleepy-heads in the collusive med/pharma/gov’t arena) have been forced to become familiar with the bloody nexus between Big Pharma and government entities. Indeed, non-government enablers swarm around like sharks. As is said, it is hardly their first (deadly) rodeo.

Boudicaus We stand with Logan’s Warning

Attention: Muslim Death Threat to Logan’s Warning and all Supporters!

So we here at Logan’s Warning are forced to do the job our government and media will not do. Expose Islam. With that comes a problem. A serious problem. Death threats.

These YouTube comments from another loudmouthed Islamopunk in the UK.

Oh, you’re getting one. In fact, it’s rumored that everyone in your household is going to be getting one. In an effort to keep the focus off of the economy, off of the supply chain problems (which by the way are still out there), off of the southern border crisis, off of the thought of Democrats trying to end the filibuster and take over all voting rights in this country – making it another Venezuela, Biden is going to focus very closely on making sure you’re safe from COVID!

That’s right. Forget the important stuff. You have to be protected from COVID!

Vowing that COVID and Donald Trump are the reasons that this country is in the sad shape it’s in, and not anything that he or his administration has done, Biden is going to be directing the post office to mail out 500,000,000 COVID tests to everyone! So, you…

Defenders of Ray Epps contend he has not been arrested because he didn’t break the law during the Capital riots, but a woman caught on video standing next to him is facing up to a year in prison for being in a “restricted area” — something Epps was also filmed doing. Raechel Genco was seen on video standing just feet away from Epps on Jan. 6 as he whispered into the ear of her boyfriend, Ryan Samsel, who promptly led a mob that stormed a police barricade. But unlike Samsel, the 38-year-old Pennsylvania woman simply stood by. And unlike Epps, Genco was not seen a day earlier encouraging a crowd to enter the Capitol illegally.

Jovan Hutton Pulitzer re: the nature of the corruption that runs rampant in American politics, particularly the many circumspect ways government officials launder your money into their own pockets, December 7th…

Btw, whether it’s highlights like this or remarks of my own, consider subscribing (FREE) if you like what you see. Any folks generous enough to support the flow of information can donate here. ✌🐸

This is going to cause a serious shortage of workers in the healthcare sector and more deaths, as a result: “In many facilities, 35% or more of staff remain unvaccinated…”

The available vaccines do not prevent Covid-19, neither do they stop transmission. Rather, they give a false sense of security. Meanwhile, understaffed facilities is going to mean worse hygiene, and lack of care, leading to more illness and death. Already some people are going from ER to ER seeking treatment in some places.

But, of course, they need to get rid Pfizer-BioNTech’s old vaccine batches, which seem to all expire in February. The mRNA vaccine design is non-sensical and their safety is questionable. Pfizer and Moderna cancelled the control groups so that we will never know for certain about the dangers or effectiveness.

“In response to the U.S. Supreme Court’s decisions today [January 13, 2022]regarding President Biden’s COVID-19 vaccine mandates, Montana Attorney General Austin Knudsen issued the following statement: “The U.S. Supreme Court came to the only logical conclusion about President Biden’s mandate on private employers: it’s an abuse of executive power. Montana workers shouldn’t be forced to choose between a COVID-19 vaccine and their job. The decision to allow the mandate for healthcare workers to go into effect while the case is fully decided is as nonsensical as it is disappointing. Its effect on Montana’s rural medical facilities will be irreversible and devastating.

This unprincipled ‘split the baby’ approach undermines public confidence in the Supreme Court and the rule of law. Today’s decisions do not mean either case is over – I will continue our fight to protect Montanans’ rights and strike down President Biden’s unlawful mandates for good.” https://dojmt.gov/ag-knudsen-statement-on-scotus-vaccine-mandate-decisions/ He… 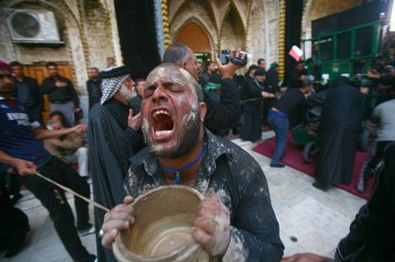