A short must see video by a Member of the European Parliament:
“Cristian Terhes MEP on the Downfall of Democracy in the EU
NewsVoice – Independent News and Debate Published January 23, 2022
https://rumble.com/vt3w9x-cristian-terhes-mep-on-the-downfall-of-democracy-in-the-eu.html
Rumble — Cristian Terhes from Romania is a minister of the European parliament. He speaks about the current downfall of the EU and civil attempts to revive Democracy. The interview was recorded in Stockholm, on January 21, 2022, by Torbjorn Sassersson and Mikael Reichel for NewsVoice.se.” Artikel på svenska: https://newsvoice.se/2022/01/christian-terhes-eu-byrakraterna/
https://rumble.com/vt3w9x-cristian-terhes-mep-on-the-downfall-of-democracy-in-the-eu.html

There’s good reason to believe the generation now on earth will live to see the breakout of World War III.

Things can always change but right now it appears that war between the superpowers will happen within a matter of months, likely before the November midterm elections.

Why? The video below explains why.

WARNING TO THE WEST ABOUT ISLAM from Amil Imani, an Iranian-born ex-Muslim American patriot

WAKE UP!  Once Muslims have the majority, they will institute sharia law and adopt their own legal system. 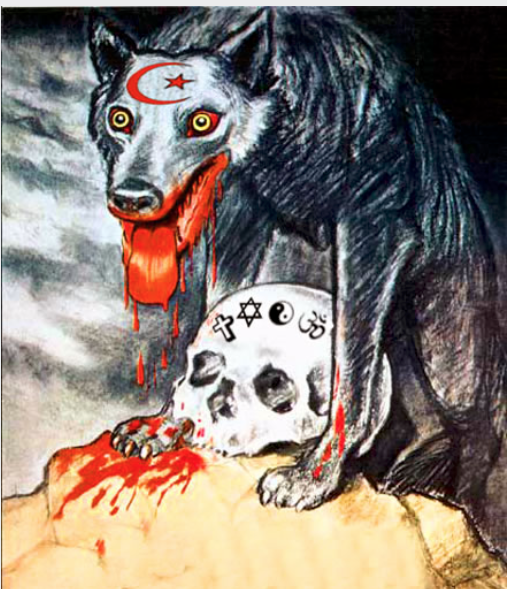 By AMIL IMANI  For decades, I have argued that the enemy is Islam without adjectives, Islam “pure and simple.” Adjectives such as “extremist,” “radical,” “moderate,” “fundamentalist,” “moderate,” “political,” “Islamist,” mislead the blind, the ignorant.

The naive and wishful thinking humanists, liberals, as well as soft-headed Jews, Christians, and idiotic atheists succumb to their fears and previous follies regarding the savagery intrinsic in Islamic scriptures and history -recognized by former Muslims who have somehow overcome their misconceptions about the most vicious and dangerous enemy of civilization and mankind.

A revealing book on the subject is Robert Reilly, “The Closing of the Islamic Mind.”

This purely scholarly work should be supplemented by the work of theologian George Weigel, “Faith, Reason, and the War against Jihadism.”

Terms such as “Political Islam,” “Radical Islam, “or Militant Islam are the contributions of Useful Idiots. These terms do not even exist in the native parlance of Islam simply because they are redundant. Islam, by its very nature and according to its charter—the Quran—is a radical political movement.

It is the Useful Idiot who sanitizes Islam and misguides the populace by saying that the “real Islam” constitutes the main body of the religion; and that this main body is non-political and moderate.

Regrettably, a large segment of the population goes along with these nonsensical euphemisms depicting Islam because it prefers to believe them. It is less threatening to think that only a hijacked small segment of Islam is radical or politically driven and that the main body of Islam is indeed moderate and non-political.

Islam is not a religion. It is a political ideology. In Islam, the mosque and State are the same—the mosque is the State. This arrangement goes back to the days of Muhammad himself. Islam is also radical in the extreme. Even “moderate” Islam is radical in its beliefs and its deeds. Muslims believe that all non-Muslims, bar none, are hellfire bound and deserve being maltreated compared to believers.

Many people wonder why Islam is blossoming in the US! They are bewildered as to why Democrats back Islamic ideology, honor their holidays and customs, and promote it as the religion of peace, knowing that Islam is not a religion of peace. In fact, it is an ideology of war. The answer is quite simple: The Democrat Party stands with anyone who hates America and the Republican party.

History has proven that once Muslims have the majority, they will institute sharia law and adopt their own legal system. A government within a government.

The Democrat Party has shown by both words and actions that they despise the US Constitution. When it comes to the support of Muslims, they will not hesitate to hold the Bill of Rights over anyone who dares to accuse Islam and Muslims of wrongdoing. While crime and threats skyrocket, Islamized citizens will ignore the wrongdoing. They will look the other way for fear of retribution, honor killings, and punishments from those who uphold the Islamic requirement to seek revenge on anyone who dishonors or disagrees with Islam. BARE NAKED ISLAM read more 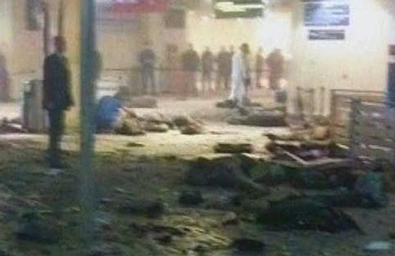 Unlike J. Edgar Hoover, I really don’t see any indication that Joe Biden likes to dress up in Jill’s clothes. I really don’t think they’d fit anyway. But he does have an obsession, and I’m beginning to think it’s not all that secret.

Joe Biden is obsessed with COVID.

I know. You’re shocked, right? But I think this is becoming more than a pandemic in addle-Joe’s mind. I think it’s becoming an all-consuming topic. Everything swirls around COVID. Think about it. Biden has had several mandates, from wearing masks to getting vaccines, to getting booster shots, to lowering the age of who can take the vaccine (now a five year old can get one!) And if it just went to the mandate stage, I could probably excuse it. But it goes much farther than that. Biden came out last month and said he had ordered a half a BILLION test…

If you’re going to listen to the latest poll taken by Politico/Morning Consult, the answer is going to be a resounding “YES!”

The publication asked in it’s most recent survey to give Joe Biden a grade on completing his first year in office. Only 11% gave Biden an “A”. Another 20% offered up a respectable “B”. 18% said a “C” was good enough and another 12% was close to failing him with a “D”. But a whopping 37%, the largest group by far, outnumbering the A’s and B’s combined, decided to flunk Biden on his first year in office.

The reasons were clear. Americans think Biden has done a bad job on three of the areas that he campaigned most on. Those three were the economy, which Biden constantly railed about on the campaign trail; immigration, which was basically fixed and not an issue under Trump, and “unifying America”, something…

Here’s a list of questions that you can ask your doctor, local, state, and federal lawmakers and health authorities. I haven’t had any luck getting any of these questions answered on camera so I can share the answers with you. Perhaps you will have better luck.

An annual vaccine for COVID just like the Flu shots? This is the pharmaceutical (Big Pharma) industry’s solution to all that is ailing you! Why is that you ask? MONEY! WEALTH…..FOR WHO? MOSTLY THEIR OFFICALS, THEIR CEOs and board members etc. They are talking BILLIONS. Are they turning us into a nation of JUNKIES? DRUG JUNKIES! SERIOUSLY, think about it……we are being injected left and right and they are wanting to PILE ON! Pharmaceutical companies are in business to manufacture new and used (old historic) drugs. How do they make money? More sales…….from more patients, more ill patients. New technology was supposed to make us healthier, to live longer, better lives. THAT ISN’T HAPPENING! New diseases like COVID will continue…………they’ll turn up every 6 months (or less). We’ll need another vaccine for each. How can we not be turning into zombies, while the DRUG LORDS (that is what BIG PHARMA…

If Trump Had Greenlighted Russia To Invade Ukraine Like Biden Just Did, He’d Be Accused Of Corruption

President Biden was actually operating from a coherent perspective in discussing Russia and Ukraine in Wednesday’s press conference: In every instance, as you go line-for-line in the transcript, his foreign policy—and the fact that he announced it to the world—is one where Russia has leverage over Biden and the president has a personal vendetta against the current Ukrainian government.

When asked whether sanctions would deter Vladimir Putin from attacking Ukraine, our commander in chiefrepliedthat Russia “will be held accountable if it invades,” but then clarified: “It depends on what it does. It’s one thing if it’s a minor incursion and then we end up having a fight about what…