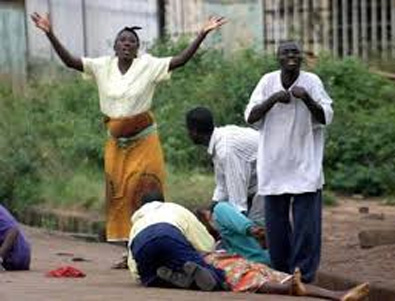 This seems to be around 20 years old:
“Gene Therapy as a Weapon: 96

Gene therapy will revolutionize the treatment of human genetic diseases. The goal is to effect a permanent change in the genetic composition of a person by repairing or replacing a faulty gene. Genes have already been spliced into bacteria to produce ―human insulin in large quantities. 97 The eventual goal is to splice a gene that codes for the production of insulin into human pancreatic tissue to cure diabetes. Similar research is progressing on adding in the missing gene to prevent the symptoms of cystic fibrosis.

However, the same technology could be subverted to insert pathogenic genes. There are two general classes of gene therapy: germ-cell line (reproductive) and somatic cell line (therapeutic). Changes in DNA in germ cells would be inherited by future generations.

Changes in DNA of somatic cells would affect only…

Fosun is a large Chinese conglomerate, though apparently not as large as India’s Reliance, which is owned by Asia’s richest man, Mukesh Ambani. Reliance is making its own Covid-19 vaccine with the help of RW Malone, MS-MD: https://miningawareness.wordpress.com/2022/01/10/rw-malone-advising-richest-asian-on-new-covid-19-vaccine-while-making-rounds-criticizing-competitor-mrna-vaccines
(NB: We oppose the mRNA vaccines, but RW Malone can’t be trusted.)

The project is funded by a PPP (Public-Private Partnership), with private capital accounting for 51…

Is this why RW Malone, and others, want seniors and the disabled, including cancer and immunocompromised individuals, to get the Covid mRNA vaccine, but not young people? So they will get…

Klaus Schwab founded the WEF and has pushed the Great Reset. The WEF is funded by its Partners (members). Reliance is listed as a Partner to the World Economic Forum, and Reliance’s Chairman and managing director, Mukesh Ambani, serves on the WEF Board. Robert W. Malone MS-MD is helping Ambani-Reliance develop its own vaccine. Malone has wormed his way into anti-vaccine groups by opposing mRNA vaccines for children, while advocating them for the elderly and disabled, even though he says that they are dangerous. That’s evil. Why would anyone trust him?

Mumbai, 23rd January 2018: The new economy will greatly benefit from the outcome of the Fourth Industrial Revolution in a digital age and is expected to create significant value to countries that embrace them quickly by accelerating…

Below is an excerpt from an article by attorney John Whitehead of the Rutherford Institute.

The discord is getting more discordant by the day.

Just recently, for instance, the Salt Lake Tribune Editorial Board suggested that government officials should mandate mass vaccinations and deploy the National Guard “to ensure that people without proof of vaccination would not be allowed, well, anywhere.”

In other words, lock up the unvaccinated and use the military to determine who gets to be “free.”

These tactics have been used before.

This is why significant numbers of people are worried: because this is the slippery slope that starts with well-meaning intentions for the greater good and ends with tyrannical abuses no one should tolerate.

In Italy, the unvaccinated are banned from restaurants, bars and public transportation, and could face suspensions from work and monthly fines. Similarly, France will ban the unvaccinated from most public venues.

In Austria, anyone who has not complied with the vaccine mandate could face fines up to $4100. Police will be authorized to carry out routine checks and demand proof of vaccination, with penalties of as much as $685 for failure to do so.

In China, which has adopted a zero tolerance, “zero COVID” strategy, whole cities—some with populations in the tens of millions—are being forced into home lockdowns for weeks on end, resulting in mass shortages of food and household supplies. Reports have surfaced of residents “trading cigarettes for cabbage, dishwashing liquid for apples and sanitary pads for a small pile of vegetables. One resident traded a Nintendo Switch console for a packet of instant noodles and two steamed buns.”

For those unfortunate enough to contract COVID-19, China has constructed “quarantine camps” throughout the country: massive complexes boasting thousands of small, metal boxes containing little more than a bed and a toilet. Detainees—including children, pregnant women and the elderly— were reportedly ordered to leave their homes in the middle of the night, transported to the quarantine camps in buses and held in isolation.

If this last scenario sounds chillingly familiar, it should.

Eighty years ago, another authoritarian regime established more than 44,000 quarantine camps for those perceived as “enemies of the state”: racially inferior, politically unacceptable or simply noncompliant.

While the majority of those imprisoned in the Nazi concentration camps, forced labor camps, incarceration sites and ghettos were Jews, there were also Polish nationals, gypsies, Russians, political dissidents, resistance fighters, Jehovah’s Witnesses, and homosexuals.

Culturally, we have become so fixated on the mass murders of Jewish prisoners by the Nazis that we overlook the fact that the purpose of these concentration camps were initially intended to “incarcerate and intimidate the leaders of political, social, and cultural movements that the Nazis perceived to be a threat to the survival of the regime.”

“Most prisoners in the early concentration camps were political prisoners—German Communists, Socialists, Social Democrats—as well as Roma (Gypsies), Jehovah’s Witnesses, homosexuals, and persons accused of ‘asocial’ or socially deviant behavior. Many of these sites were called concentration camps. The term concentration camp refers to a camp in which people are detained or confined, usually under harsh conditions and without regard to legal norms of arrest and imprisonment that are acceptable in a constitutional democracy.”

How do you get from there to here, from Auschwitz concentration camps to COVID quarantine centers?

You don’t have to be unvaccinated or a conspiracy theorist or even anti-government to be worried about what lies ahead. You just have to recognize the truth in the warning: power corrupts, and absolute power corrupts absolutely.

This is not about COVID-19. Nor is it about politics, populist movements, or any particular country.

This is about what happens when good, generally decent people—distracted by manufactured crises, polarizing politics, and fighting that divides the populace into warring “us vs. them” camps—fail to take note of the looming danger that threatens to wipe freedom from the map and place us all in chains.

It’s about what happens when any government is empowered to adopt a comply-or-suffer-the-consequences mindset that is enforced through mandates, lockdowns, penalties, detention centers, martial law, and a disregard for the rights of the individual.

The slippery slope begins in just this way, with propaganda campaigns about the public good being more important than individual liberty, and it ends with lockdowns and concentration camps.

So proud of their useless tyrannical vaccine aka covid injection mandates

We knew this was coming under a Biden/Democrat aka Progressive Communist government.

Biden and the Ukrainian Russian border

Don’t let Biden get us involved in a Ukrainian-Russo war to deflect from his utter failure as POTUS. H e doesn’t care about the Russian Ukrainian border any more than he cares about the US Mexican border and that is a big doesn’t give a f^uck.
*language

Discussion begins around 40 minute mark. Sen. Ron Johnson moderates a panel discussion, COVID-19: A Second Opinion. A group of world renowned doctors and medical experts provide a different perspective on the global pandemic response, the current state of knowledge of early and hospital treatment, vaccine efficacy and safety, what went right, what went wrong, what should be done now, and what needs to be addressed long term.