Skip to primary content
Skip to secondary content
Democracy always leads to failure. Socialism, Communism always leads to failure. Our founders had the best answer (so far) and that is in the USA being a constitutional representative republic. In a democracy the majority has the power the minority be damned. In our form of government the majority has the power with the exception that the rights of the minority are protected by our constitution. Never give that up. The government is not your friend.

DEMOCRACY
Whether it is Putin, Trump, Biden, Obama, Macron, Trudeau or Hitler, the question remains the same,
Why do the people elect representatives who have fun, in an egotistical power relationship (when they are not puppets) to decide for their future ?
The most ANTI-DEMOCRATIC act we can do is to vote for a representative who will decide for us.
Democracy, from the Greek DEMOS KRATOS, means POWER OF THE PEOPLE, but when people concede their natural power of decision to someone else, then it is no longer the people who are in power, so it is no longer a democracy.
To be responsible is to participate in the decisions that affects the whole nation, no matter how small that decision may be, that is a TRUE and DIRECT democracy.
Hitler election, 1932. 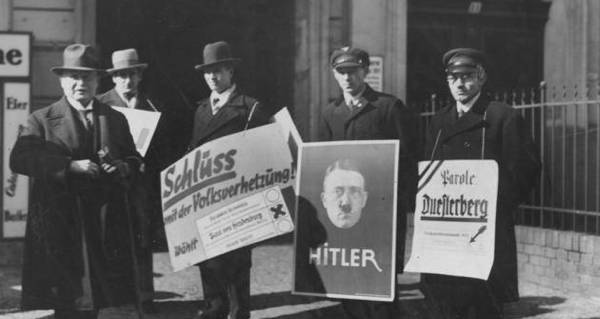 A Nation Of Complete Idiots

We live in a nation of complete idiots, you can not comply your way to freedom and watch this short film called Utopia to get a glimpse of your future

You can’t comply your way out of Tyranny!

*boudicaus “More government overreach.The biggest spreader of misinformation on Covid is the government itself.”

THE NUMBERS ARE FAKE! – GOVERNMENT PANICS

A Ukrainian Military Forces serviceman walks in the Donetsk region village of Peski, close to the front-line with Russia-backed separatists on Jan. 25, 2022. (ANATOLII STEPANOV/AFP via Getty Images)

Russia on Friday sent its strongest signal so far that it is willing to engage with U.S. security proposals and reiterated that it does not want war over Ukraine.

“If it depends on Russia, then there will be no war. We don’t want wars. But we also won’t allow our interests to be rudely trampled, to be ignored,” Foreign Minister Sergei Lavrov told Russian radio stations in an interview.

Russia has massed tens of thousands of troops near the Ukrainian border as it presses demands for a redrawing of post-Cold War security arrangements in Europe.

The United States and its allies have warned President Vladimir Putin that Russia will face swift and tough economic sanctions if he attacks Ukraine.

Lavrov said the West was ignoring Russia’s interests but there was at least “something” in written responses submitted by the United States and NATO on Wednesday to Russia’s proposals. NEWSMAX read more

An Iranian woman walks past a new mural painted on the walls of the former US embassy in the capital Tehran, on November 2, 2019. (Atta Kenare/AFP)

A senior White House official said Thursday that the United States and Iran are “in the ballpark of a possible [nuclear] deal” in Vienna, while also clarifying that Washington is “very prepared” for the “pretty likely” scenario that there won’t be an agreement.

Iran and world powers are in the midst of an eighth round of negotiations aimed at reviving the tattered 2015 nuclear deal known as the Joint Comprehensive Plan of Action. Former US president Donald Trump withdrew from the deal in 2018, launching a “maximum pressure” sanctions campaign, which Tehran responded to with…

Joe Biden has a problem. OK, truthfully, Joe Biden has a LOT of problems. But for our purposes today, we’re going to focus in on one of them, and it’s a problem systemic with Democrats much more than Republicans.

Democrats love to talk about diversity. They love to put together groups that “look like America”. And I don’t have a problem with that in most cases. But I do when it comes to something where quality matters. Not all people are the same quality wise. I would be a terrible choice to build an automobile engine. I don’t get it, I don’t care to get it, and there are millions of people out there that would be much better at building a car engine than me. It has nothing to do with my other qualities, but it’s something I wouldn’t succeed at, and I know it.

Biden’s 47 Years of Accomplishments while serving the American People!

1977*Biden fights to keep schools segregated because in his own words, “allowing blacks to integrate would create a racial jungle” Fact check me.

1988*Ran for president but had to end his campaign after getting busted for plagiarism.

1994***Biden writes the “Stop and Frisk” law which is what blacks blame for “systemic racism” today.  This law took millions of black men from their homes and transplanted them into prison. Way to go Joe.  This was Biden’s biggest accomplishment in 47 years of elected office.  Factcheck…