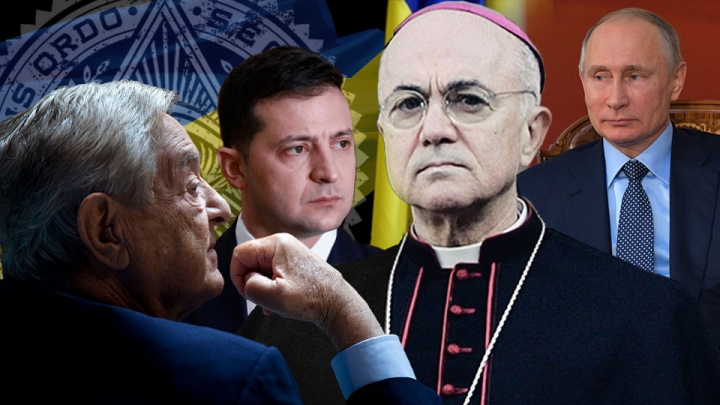 AS an unbowed and committed Jew, it is certainly not within the scope of these pages to comment upon the qualifications of this or that Catholic leader — for that would be the height of hubris.

ON the other hand, as an investigative journalist whose noted expertise lies within Islamic jihad and geopolitics (with an emphasis upon the red-green alliance/axis), it is certainly critical to weigh in on matters of grave geo-political import. Not to do so, well, would be an unacceptable act of cowardice.

THAT being established, it is not for nothing that Archbishop Carlo Maria Viganò became a focal point, that is, when the plandemic was unleashed upon the world. As it happens,