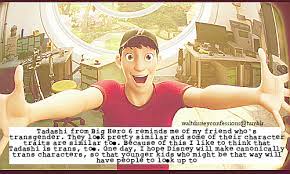 HOT on the heels of the incessant mania (amplified night and day by the radical left) towards “normalizing” the thrust of transgenderism into  mainstream societal discourse and consciousness, countless kiddies are being caught in their twisted web and grasp. But to make matters exponentially worse and infinitely more confusing, a growing cadre of parents (read: the self-anointed “enlightened” set, many of whom were (mis)educated within the “Ivy Tower”) are jumping aboard the madness — naturally, too terrified to separate from the growing herd, thus, spared from being tarred and feathered via this and that “phobic” appendage. Spineless cowards. Indeed, emotional contagion on steroids!

BE that as it may,  this writer is often called upon to raise particular alarms. Alas, at this address, none is more intrinsic and weighty than protecting the kiddies. So, if additional evidence is required re what’s really going down, well,