From the team at CFACT ~

The start of a new week brought a renewed sense of momentum for President Joe Biden’s administration and his allies in Congress. At long last, the months-long gridlock, caused by their own party, finally broke and another gusher of tax dollars appears ready to flood our country. Economic realities and those pesky inflation reports be damned. 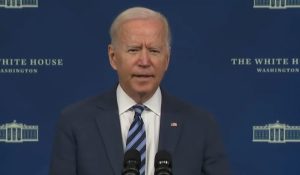 Proponents have dubbed the bill the “Inflation Reduction Act” because they know it sounds better than the truth: “Biden’s Green New Tax.” History will be the judge about the wisdom of pouring trillions of dollars on an economy struggling with excessive spending. No matter how you slice it, with $369 billion dollars devoted to climate and energy programs, it’s clear there’s a lot on the line for the American taxpayer. If we want to know how the Biden Administration will dole out our dollars…