By Adam Houser and Craig Rucker ~

Unfortunately, “messing with Texas” is exactly what so-called “renewable” energy recently did with Lone Star residents. 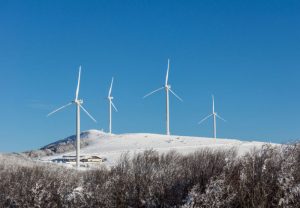 In mid-February, extreme cold temperatures rocked the state, as well as much of the nation.

Yet, unlike the rest of America, Texas was also hit with widespread power outages leaving millions shivering in the cold. It is believed that dozens have died in the tragedy.

Texas gets approximately 24 percent of its energy from wind and solar, which is significantly more than the rest of the nation. The national average is only 3 percent from wind and solar. As the record cold hit Texas from February 8 to February 16, renewable power generation dropped from 24 percent to an abysmal 8.3 percent as turbines froze and solar panels were covered with snow.

In the weeks that followed, Leftist politicians and the media have…