Who is Tampa Bay Bucs HC Todd Bowles? Don’t know. I don’t follow professional sports. However, Bowles made an imminently sensible observation. Listen to the video above.

Virginia’s Republican attorney general, Jason Miyares, is vowing to protect parental rights after a Democrat in the state House of Delegates voiced support for a bill to criminalize a parent’s disagreement with his or her child’s stated gender identity. 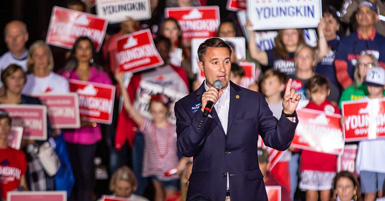 “The day that Governor Youngkin wanted to implement this policy, I immediately texted…

“Action Now!” radicalism has destroyed the slow moving, consensus based Paris Agreement. It is not just COP 25 that failed; the UN climate change machinery has collapsed. This is good news, even though the reason is bad news. 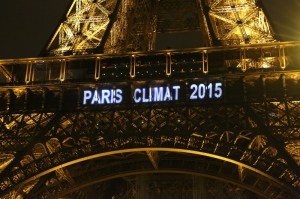 I have been writing about the climate alarmism movement tearing itself apart for months now. For example here.

The new radicalism is at war with the establishment moderates. This great gulf between radicals and moderates hit the COP 25 summit in Madrid with a vengeance. These annual summits are normally protracted exercises in compromise among the almost 200 nations represented. Not this time.

In Madrid the Action Now! radicals would not even consider compromise. Their extremism then caused the moderates to take hard line positions as well, so the COP stalled out and failed to act on any significant issue. That what the radicals demand is…

Radical alarmists are running COP 26 and Biden is right there with them. What was supposed to be a finishing up of the Paris Accord rules has turned into a bid to write a whole new treaty. Huge fight to follow.

Where radical stuff like this comes from is often hard to tell in UN proceedings but this time it is crystal clear. It began with something called the “COP 26 Leaders’ Statement” from a group called the “High Ambition Coalition”.

The “Leaders” in this case are the bosses of most of the Western European countries, plus Biden, plus some lesser heads of state. In terms of big guns it is Biden and the green Euro-socialists. There is also Canada, New Zealand and a handful of small developing countries. The U.K. did not sign but they are running COP 26 so they did not have…

The UN’s annual climate change global negotiating festival — in this case COP27 in Egypt — is less than a month away. This one could be a real hoot to watch because there is only one big issue left on the table and that is MONEY.

Lots of money, many trillions by the wishes, all flowing from the developed world to the “developing” world. (Since the so-called developing world still includes the super economy of China the word has lost all meaning.)

The money hopes are spectacular but also hopeless, hence the show. How this immense absurdity will emerge during the lucky 13 days of negotiations between the rich countries and the we-want-your-riches countries should be fun to watch.

Here is a simple scorecard so you can follow the action. First and foremost the code word is “finance”. This is not foreign aid and you…

4,500 Dead Babies in VAERS From Pregnant Women Injected with COVID Shots, but Florida Only Pulls COVID Vaccine Recommendation for

SANS a scintilla of a doubt, without the western-destroying Soros, a/k/a the devil incarnate, crooked/dementia/China Joe would not have been installed and in the throes of destroying America — the greatest Republic of all time.

BUT for the fact that the core principles of human liberty underpin the nation’s foundational mores, well, it would not have become a target of the likes of anti-American haters; many of whom held/hold its levers of power, both electorally and within civil society. Therein lies the rage-fueled bulls-eye.

IN support of the charge-sheet at hand,

AS per the devil incarnate and his chief enablers, look no further than to the deep state and the bought and paid for Mockingbird Media.