A Rockefeller Foundation paper published back in 2010 predicted a pandemic could be used as an excuse to establish an authoritarian global government with their ‘Lock Step’ scenario unfolding nearly exactly as we’re witnessing with the coronavirus pandemic now. Predicting mass shutdowns across America and the world, that Rockefeller paper, which we’ve also predicted a  scenario eerily similar to ‘Event 201’, the pandemic simulation staged last October by Johns Hopkins University with the World Economic Forum, the Bill and Melinda Gates Foundation and Johnson & Johnson.
Lockstep PDF

EXPOSED !! THE FDA WILL NOT AUTHORIZE OR APPROVE OF ANY COVID-19 VACCINE !! 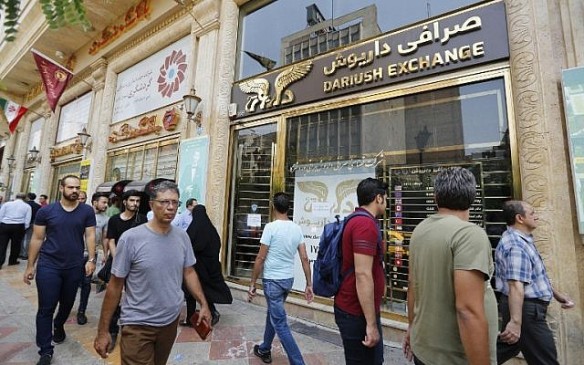 People walk in front of a currency exchange shop in the Iranian capital Tehran on August 8, 2018. (AFP PHOTO / ATTA KENARE)

WASHINGTON (AP) — The Biden administration is considering a near wholesale rollback of some of the most stringent Trump-era sanctions imposed on Iran in a bid to get the Islamic Republic to return to compliance with a landmark 2015 nuclear accord, according to current and former US officials and others familiar with the matter.

As indirect talks continue this week in Vienna to explore the possibility of reviving the nuclear deal, American officials have become increasingly expansive about what they might be prepared to offer Iran, which has been driving a hard line on sanctions relief, demanding that all US penalties be removed, according to these people.

American officials have refused to discuss which sanctions are being considered for removal. But they have stressed that they are open to lifting non-nuclear sanctions, such as those tied to terrorism, missile development and human rights, in addition to those related to the nuclear program.

Biden administration officials say this is necessary because of what they describe as a deliberate attempt by the Trump administration to stymie any return to the deal. Under the 2015 agreement, the United States was required to lift sanctions tied to Iran’s nuclear program, but not the non-nuclear sanctions. 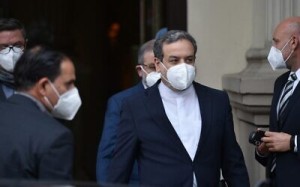 Abbas Araghchi, political deputy at the Ministry of Foreign Affairs of Iran, is leaving the ‘Grand Hotel Wien’ after the closed-door nuclear talks in Vienna on April 16, 2021, where diplomats of the EU, China, Russia and Iran hold their talks. (JOE KLAMAR / AFP)

When former president Donald Trump re-imposed sanctions after withdrawing from the deal in 2018, he not only put the nuclear sanctions back in but also added layers of terrorism and other sanctions on many of the same entities. In addition, the Trump administration imposed an array of new sanctions on previously unsanctioned entities.

This has put the current administration in an awkward position: Iran is demanding the removal of all sanctions. If the US doesn’t lift at least some of them, Iran says it won’t agree to halt its nuclear activities barred by the deal known as the Joint Comprehensive Plan of Action, or JCPOA.

But if the Biden administration makes concessions that go beyond the nuclear-specific sanctions, Republican critics and others, including Israel and Gulf Arab states, are likely to seize on them as proof that the administration is caving to Iran. Former secretary of state Mike Pompeo has led the charge among Trump alumni to denounce any easing of sanctions. warsclerotic.com read more 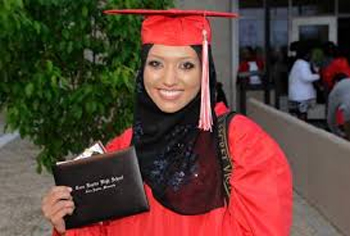 Sky News Australia
Australian Nuclear Association President Joanne Lackenby says nuclear energy “is as safe as other low-carbon technologies” and so-called renewables, and it “meets all the climate change criteria”. “The stats show nuclear energy is as safe as the other low-carbon technologies; wind, solar and hydro, and it’s as clean as those technologies as well. It meets all the criteria for climate change, and has the additional benefit it operates continuously,” she said. “There’s a brand new program that’s come out of the United States… here we have the Biden Administration offering to help partner countries to develop their capabilities to develop small modular reactors and advanced reactors. “We have the Democratic, more left side, offering to other countries, to help develop their nuclear capabilities. There’s a lot of potential for Australia if we want to as a nation, to join this program.”

Timcast IRL By tim@based.directory
Tim, Ian, and Lydia join lawyer and author Andrew Branca to discuss the collapse of the American system and its effects on the rest of the world.

Podcast available on iTunes and Spotify, coming soon to all podcast platforms!

Electricity HAS to come from somewhere

America First – tyrannide resistere
@Therealbp65
https://twitter.com/Therealbp65
Electricity HAS to come from somewhere. Watch till the end.

Now, imagine EVERYONE in America going home to plug in their vehicles. MILLIONS OF THEM.

There are so many alleged experts in the COVID-19 Vaccination arena, the problem for us is which one to believe.

I come the the anti-COVID-19 vaccine group think.

Dr. Peter McCullough has introduced a different paradyme into the equation, an unusually large number of deaths which he discusses in the video below.

One of the world’s top experts on COVID19, Dr. Peter McCullough, is sounding the alarm about the vaccines and the suppression of proven treatments.

The COVID shot has already produced thousands of deaths and tens of thousands of hospitalizations, according to the federal government’s own data.

And that’s just the tip of the iceberg.

That is the stark warning offered by Dr. Peter McCullough–the doctor with the most citations in the National Library of Medicine on these topics–in an explosive interview with Alex Newman for The New American magazine.

Under normal circumstances, 50 deaths reported to the CDC’s VAERS surveillance system would result in a drug being taken off market immediately.

In the case of the COVID shots, however, thousands of deaths have already been reported, and yet the mass vaccination programs continue to be pushed. Jim Campbell’s read more

Now, imagine EVERYONE in America going home to plug in their vehicles. MILLIONS OF THEM. 🤔😬😬pic.twitter.com/JVl2Wq7gOS

The COVID Panic Mafia’s Mask Fetish Just Went Up in Flames. MIT Researchers Torched It.
How many times have we seen it from the liberal media? They detail a large gathering, with the insufferable comment “no masks.” The mask has been the crutch for the

How many times have we seen it from the liberal media? They detail a large gathering, with the insufferable comment “no masks.” The mask has been the crutch for the panic peddlers, something they think offers a total shield against COVID. Wrong. It doesn’t. I wore a mask and I still contracted the virus last November. Second, the so-called experts led by Dr. Anthony Fauci and his crew have clung to mask-wearing even for those who have been vaccinated which is nothing but theater. If we go down the list, the experts have been wrong on just about everything. Contracting this virus via surfaces, masks, testing, reopening schools—you name it. They have tried to scare us into submission over a virus with a 90+ percent survivability rate, plus three vaccines. This fear circus was never going to last.

After weeks of doom and gloom about a fourth wave—it hasn’t happened. Only Michigan is seeing a serious spike, possibly because Gov. Whitmer is keeping people locked up. Staying inside is the worst thing you can do. Meanwhile, Texas has reopened fully. There is no more mask mandate—and the state hasn’t seen a spike. Oh, and this occurred over five weeks ago. Sorry, spring break didn’t create a COVID doomsday. Why? We’re probably damn close to herd immunity, though Fauci will never say that. In the meantime, the narrative from the COVID panic peddlers and the liberal media about mask-wearing and social distancing took a hit with a new MIT study that says both are worthless. Oh, and the caps on indoors occupancy are also not backed up by science and keeping windows open, fans blowing, and overall fresh air circulating is just as good as a new filtration system. In other words, teachers’ unions really have no reason to stay home anymore (via CNBC):

The risk of being exposed to Covid-19 indoors is as great at 60 feet as it is at 6 feet — even when wearing a mask, according to a new study by Massachusetts Institute of Technology researchers who challenge social distancing guidelines adopted across the world.

MIT professors Martin Z. Bazant, who teaches chemical engineering and applied mathematics, and John W.M. Bush, who teaches applied mathematics, developed a method of calculating exposure risk to Covid-19 in an indoor setting that factors in a variety of issues that could affect transmission, including the amount of time spent inside, air filtration and circulation, immunization, variant strains, mask use, and even respiratory activity such as breathing, eating, speaking or singing.

Bazant and Bush question long-held Covid-19 guidelines from the Centers for Disease Control and Prevention and the World Health Organization in a peer-reviewed study published earlier this week in Proceedings of the National Academy of Science of the United States of America.

“We argue there really isn’t much of a benefit to the 6-foot rule, especially when people are wearing masks,” Bazant said in an interview. “It really has no physical basis because the air a person is breathing while wearing a mask tends to rise and comes down elsewhere in the room so you’re more exposed to the average background than you are to a person at a distance.”

The important variable the CDC and the WHO have overlooked is the amount of time spent indoors, Bazant said. The longer someone is inside with an infected person, the greater the chance of transmission, he said.

Opening windows or installing new fans to keep the air moving could also be just as effective or more effective than spending large amounts of money on a new filtration system, he said.

Bazant also says that guidelines enforcing indoor occupancy caps are flawed. He said 20 people gathered inside for 1 minute is probably fine, but not over the course of several hours, he said.

“What our analysis continues to show is that many spaces that have been shut down in fact don’t need to be. Often times the space is large enough, the ventilation is good enough, the amount of time people spend together is such that those spaces can be safely operated even at full capacity and the scientific support for reduced capacity in those spaces is really not very good,” Bazant said. “I think if you run the numbers, even right now for many types of spaces you’d find that there is not a need for occupancy restrictions.”

Six-feet social distancing rules that inadvertently result in closed businesses and schools are “just not reasonable,” according to Bazant.

So, the occupancy rules are garbage. Fresh air and fans are just as effective as an expensive filtration system. The six-feet apart rule is ridiculous, and masks don’t protect you all that much. So, Fauci was wrong. The experts were wrong. But they’re so arrogant they cannot admit a mistake. They’ve taken a scared straight approach. Townhall read more