New Yorkers are coming out loud and proud, telling Biden, de Blasio, and Fauci that they will not comply with their medical mandates. They won’t be forced to inject a medication into their body – and furthermore, they sure as hell won’t be blackmailed into doing it.

And that’s exactly what many people believe Joe Biden is doing right now by threatening to take away people’s livelihoods if they don’t get this jab.

It’s unheard of to do this to people, and it’s wrong on every level, especially after Biden has botched the COVID situation so incredibly badly, top to bottom.

When you think about it, New Yorkers are dealing with a lot of vax mandates and restrictions right now, thanks to de Blasio, so maybe it’s not so shocking that the pushback started there.

But when I first saw this clip, I thought that this was in Paris or something, but it’s New York City, and listen to the massive crowd chanting “We Will Not Comply!

Rumble — Dr. Reiner Fuellmich, an experienced trial lawyer licensed in Germany and California (USA) and co-founder of the Berlin Corona Committee, summarizes the Committee’s findings to date and takes stock of the situation

Politicians, world leaders, life today, revolt. We must change by changing those we have elected to represent us. Remember that those we elect are representatives not rulers. They have no right to stay in a leadership position if they believe they should rule, not represent.

The Democrats are taking a wrecking ball to …….. everything. Their hatred for this country is heinous and evil.

The chief executive of a hospital in Texas warned that his facility faces closure after President Joe Biden’s announcement last week that most healthcare workers get the COVID-19 vaccine.

If the mandate goes through, Brownfield Regional Medical Center CEO Jerry Jasper said that “20 percent of my, probably 20 to 25 percent of my staff will have to go away if that’s the case,” reported KCBD. Losing those workers, he said, would likely cause his hospital to shut down, and losing Medicare and Medicaid money isn’t an option either.

A White House stipulates that healthcare workers who work at hospitals and facilities that receive either Medicaid or Medicare funds will have to get the COVID-19 vaccine.

“Well, it would be devastating for the community, frankly. We have a large percentage of our revenue that comes from Medicare, Medicaid, and those kinds of products,” Larry Gray, the CEO of the Seminole Hospital District, told the station.

“I think the mandate is just a terrible message because if the vaccinations are working, why do you have to mandate people to get the vaccines?” Gray asked. “What happens to individual choice and medical decisions between the patient and their doctor, which is all of the things that we’re trying to support.”

Other than mandates for healthcare workers, Biden also announced he would direct the federal Occupational Safety and Health Administration to enforce a rule against companies with 100 or more workers that employees either get the vaccine or submit to weekly COVID-19 testing. Federal workers and contractors will also have to get the vaccine, he said.

In Upstate New York, a regional hospital’s executive said that the facility will have to at least temporarily close down its maternity unit and will not be able to deliver babies due to a mandate that was handed down by former Gov. Andrew Cuomo. Lewis County Health System Chief Executive Officer Gerald Cayer said that six employees who were employed in the unit resigned, according to local media reports. Geller Report read more 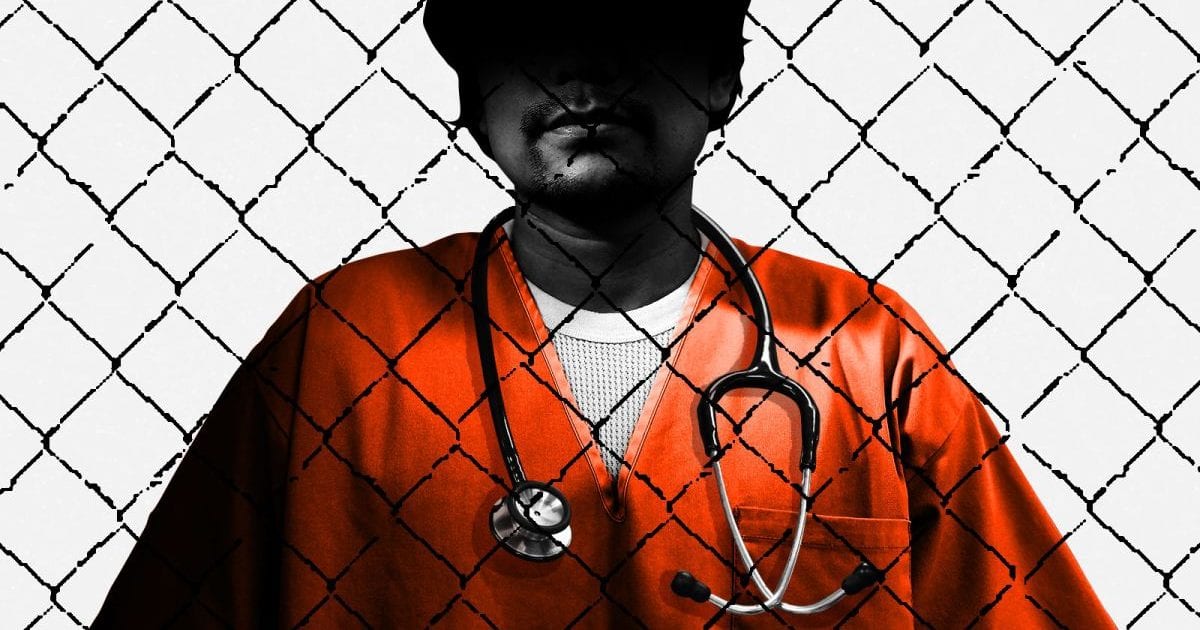 Dr. Giuseppe Delicati has been punished with a one-fifth salary cut for the next five months and risks losing his job for the following video…

An Italian family doctor who questioned the severity of the Chinese coronavirus “pandemic” and vaccine effectiveness has been punished with a one-fifth salary cut for the next five months. The punishment has been imposed on the former medical Air Force officer by the local health service in Turin despite evidence supporting the doctors claims as true. This physician is one of thirteen medical doctors in Italy and one of many across the free world whose careers are at risk for deviating from the state’s coronavirus narrative.

In an internet video from October 2020, Dr. Giuseppe Delicati raised serious doubts about the magnitude of the pandemic, the reliability of coronavirus tests, and the potential dangers of the seasonal flu vaccine and pneumococcal vaccine magnifying the effects of the virus, citing what the Ivrea prosecutor deems not credible sources.

The doctor addressed the potential correlation between the flu vaccine and/or pneumococcal vaccine, with the increased risk of death in the event of coronavirus infection.

Dr. Delicati explains that traditional vaccines use a weakened or killed virus in order to give the immune system something to learn from in the event of infection with the virus. However, these new injections are not at all vaccines in any way other than method of delivery. They are in actuality an injection of mRNA which trains your cells to produce components of the coronavirus in order to alert your immune system, a technique that is being used in an unprecedented way. The doctor also warns of “provoking terrible autoimmune illnesses”, a concern echoed by Prominent virologist Dr. Sucharit Bhakdi, as reported at RAIR Foundation USA.

According to the doctor, further research is needed on whether the flu vaccine and/or pneumococcal vaccine increases the severity of the coronavirus. Furthermore, he is requesting the mRNA vaccination undergo more testing before being administered to the population.

Watch the following video by Dr. Giuseppe Delicati which has led to his persecution:

SHOCKING: Dr. Giuseppe Delicati Has Been Fined Five Months Salary For This Video

Rumble — This video is part of a much larger article: “Globalists Launch War on Doctors Who Question State Vaccination and Coronavirus Narratives” – Must read this shocking story: https://rairfoundation.com/warning-globalists-launch-war-on-doctors-who-question-state-vaccination-and-coronavirus-narratives-video/

An Italian family doctor who questioned the severity of the Chinese coronavirus “pandemic” and vaccine effectiveness has been punished with a one-fifth salary cut for the next five months. The punishment has been imposed on the former medical Air Force officer by the local health service in Turin despite evidence supporting the doctors claims as true. This physician is one of thirteen medical doctors in Italy and one of many across the free world whose careers are at risk for deviating from the state’s coronavirus narrative. Continue reading: https://rairfoundation.com/warning-globalists-launch-war-on-doctors-who-question-state-vaccination-and-coronavirus-narratives-video/

HealthImpactNews Published September 9, 2021
Rumble — The government and corporate media are lying to the public about who are the people filling hospitals today, claiming it is the “unvaccinated,” when the government Vaccine Adverse Event Reporting System (VAERS) and the frontline hospital workers treating the patients clearly state that the COVID-19 vaccine injured are the ones currently filling the hospitals.