On Meet The Press Chudd Todd asks Hillary Clinton if we should let Putin back into The New World Order.

cloutHub https://www.clouthub.com/steeltruth https://www.GFWN.TV
****Show sponsor: Sovereign Advisors
***** Are you ready for the Global Currency Reset? Turn your IRA into GOLD! https://sovereignadvisors.net/pages/v
… Special Guest: Jim Simpson https://www.facebook.com/james.simpso…
Media and Sponsor questions: Media@steeltruth.com Tips: tips@steeltruth.com
FAIR USE NOTICE These pages may contain copyrighted material the use of which has not been specifically authorized by the copyright owner. In accordance with Title 17 U.S.C. Section 107, such material has been referenced to advance understanding of political, human rights, ecological, economic, scientific, moral, ethical, and social justice issues. This constitutes a “fair use” of any such material as provided for in section 107 of the US Copyright Law.

Obama, Clinton, Biden and Brennan will “hang for treason” when this evidence comes out… BOMBSHELL recordings prove they had Seal Team Six EXECUTED to cover up deep state crimes

(Natural News) This story is rapidly unfolding and looks to be one of the most damning indictments of the deep state in modern U.S. history. According to numerous firsthand sources and witnesses, a treasure trove of audio, video and photographic evidence exists that reveals Obama, Clinton, Brennan and Biden to be complicit in outright treason against America.

According to multiple reports, these traitors ran a multi-billion dollar payoff and bribery operation with Iran, staged the fake killing of Osama Bin Laden, then had the entire Seal Team Six that carried out the Bin Laden raid executed in a staged accident to cover up their own crimes.

The evidence exposing all this has already been forwarded to multiple independent news organizations as well as a sitting U.S. Congressman, say firsthand sources.

This story exploded onto the scene following a bombshell presentation by Charles Woods and Nick Noe at AMPfest. User “harrier808” has been posting the relevant videos to Brighteon.com, the independent, uncensored free speech video platform, so you can watch the full presentation here: 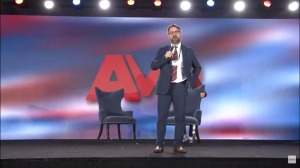 One of the firsthand sources who was part of the US military command and control infrastructure and witnessed these events going down in real time, has also been interviewed by Anna Kait, at AMPfest. Here’s his jaw-dropping story of what’s about to come out and why Clinton, Obama, Biden and Brennan will “hang for treason” once the full facts are known: 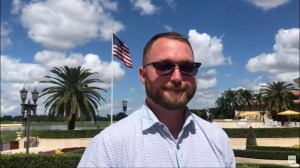 In addition, Gary Franchi from Next News Network has covered some of the developing story in this eye-opening video news report: Natural News read more

Heartbreaking story of Charles Woods (father of Tyrone Woods killed in Benghazi) and how he was lied to by the Obama administration after Benghazi at AMP Fest in Florida on October 11th, 2020. Charles received intel about what truly happened that terrible day. He explains with Nick Noe, Benghazi whistleblower, explosive NEW information about Benghazi, Osama Bin Laden, Seal Team 6, and its connection to the 152 Billion Dollar Iran “nuclear deal”. ALL of the documents and audio proof is coming out shortly! This footage was taken at AMPFest20. For more more information or to contact American Priority visit AmericanPriority.com. For media inquiries contact Media@AmericanPriority.com Anna’s Social Media:
Twitter: https://twitter.com/Annakhait
Instagram: https://www.instagram.com/realAnnaKhait
Facebook: https://www.facebook.com/OfficialAnna…
If you’d like to support Anna’s work: Patreon: https://www.patreon.com/AnnaKhait?fan…

January 06, 2011: TRANSCRIPT AUDIO TAPE 02: January 06, 2011: Tape 02: Congressman Curt Weldon just picked up Attorney Brian Ettinger at a NY airport:
00:08: WELDON: “I told you who Brian is. He’s a good friend and trusted partner of mine. He um, he has access . . . ah, he doesn’t get paid, he’s does this as a favor for Biden with the Interagency Organized Crime Task Force that works with our agencies. He’s also very close to Biden on a number of issues, he was his former Staffer. I trust him with my life, and we’re business partners. I’ve told him about you . . . but I want you to tell him the most recent situation and then Brian and I are going to talk about it.”
01:08: ETTINGER: “Curt told me about I guess the lates incident with, uh, with with uh Governor, Governor Richardson, and uh he gave he went through your background and who you are and the people that you previously contacted, and he indicated that you know, you were going to try to get Susan Collins and Lieberman aahm, united together to go in and see the Pres, to brief the President (Obama) or the Vice President (Biden) about this situation.”
01:48: ETTINGER: “I’m sure you do know most of the royal, members of the royal families because that’s what they hunt with is falcons, as well as Bin Laden, ahh, um, ahh, used to hunt with falcons . . . he still does.”
02:17: PARROT: “Yes, falconry is the Rosetta Stone for al-Qaeda. I met Victor Bout in Shaikh Zayed’s falconry camps, and recently between November 2004 and up until recently my team members have met Usama bin Laden six times inside Iran. We have repeatedly notified the US government and only received, uh first we were ignored, then we were obstructed, and then we were threatened.”
02:48: ETTINGER: “Yeah, I mean that doesn’t surprise me. Ahh, ahh, there’s a friend of mine who’s an international hunter and he hunts with falcons with the royal family of the UAE and his name is ahh, Saeed ahh Khan Karacha? And I don’t know if you know Saeed but he takes them in the Himalayas ahh to go this mountain goat they go hunting with the royal family there, and he told me about a year ago that uhm because he has a house also in Quetta, he told me that uhm he knew recently that Bin Laden was in northern Iran and he’s an American citizen and he told people at the Embassy and they, they ignored him like the plague.”
03:33: WELDON: “Alan, I haven’t told you this but on my most recent trip to Kuwait, uh, I was with my two closest friends there, Sheikh Mohammed who’s the Foreign Minister, Deputy Prime Minister uhh, and former US Ambassador and Sheikh Saud who was the Ambassador during Desert Storm, and who was George Bush the father’s closest friend in the Middle East. He, he’s a very close friend of mine, and we were having a private dinner with his son Noah who’s another really close friend of mine, and ahh we got to talking about Bin Laden and I said Sheikh Saud, where do you think he is? He said, “Oh Curt”, he said, “there’s no doubt, he’s in Iran.”
04:09: ETTINGER: “Yeah I just told Curt I said now, the b’ the better way of doing it is if Susan Collins and Lieberman are on board, I wouldn’t go see Obama I’d go see Biden.”
04:19: WELDON: “And Brian can arrange that ahh, Brian can arrange that directly Alan.” 04:25: PARROT: “Here’s the problem Sir: Ahh, we have identified with documentation, three mechanisms used by the Bush administration to covertly engineer Bin Laden’s house arrest inside Iran, we have identified two mechanisms used by this administration ahh, to continue the legacy, and Hillary Clinton’s fingerprints are all over this, and Leon Panetta’s fingerprints are all over this. We will have tremendous opposition.”
05:00: ETTINGER: “Well yeah, ’cause he’s being, I told Curt today, I said he, he’s being pro’ ah uh, he is being protected by us. We don’t really want to get him . . . we want him under the radar screen because he basically made a deal that he’s not gonna ah . . . hit us here in the U.S Anna’s Social Media:
Twitter: https://twitter.com/Annakhait
Instagram: https://www.instagram.com/realAnnaKhait
Facebook: https://www.facebook.com/OfficialAnna…
If you’d like to support Anna’s work: Patreon: https://www.patreon.com/AnnaKhait?fan…

The Next News Network

Hunter Biden Longtime Biz Partner And Burisma Board-Buddy Going To Prison After Obama Judge…
The Biden clan is giving the Clinton criminal syndicate a run for their money. Why America would want these lowlifes in control is beyond me.

The Biden clan is giving the Clinton criminal syndicate a run for its money.

Why America would want these lowlifes in control is beyond me.

A federal appeals court has reinstated a fraud conviction of Hunter Biden’s longtime business partner, Devon Archer, reversing a decision by an Obama-appointed judge (and wife of Mueller special counsel lawyer) to vacate Archer’s conviction and grant him a new trial.

Archer and several of his business partners were indicted on March 26, 2018 in a $60 million bond scheme which defrauded Native Americans. Hunter was not implicated in the fraud, however Archer and the other partners repeatedly name-dropped the former Vice President’s son. Geller Report read more

Obama knew exactly what was happening.

As @realDonaldTrump highlights this scandal – another Q is rubbed raw:

What did Biden know?

Trump calls for Biden, Obama to be indicted in ‘greatest political crime in history’

President Trump called on Attorney General Barr to indict Obama and Biden in connection with the Russia investigation.