I had my video Islam we are at war 001 removed and labeled as hate speech on a few social media/ video platforms. Meanwhile Jihad and genocide of Christians and other non Moslems not only runs rampant but this evil cult of intimidation, subjugation, death and destruction is pandered to and praised by lily livered “elected leaders” such as election thief Joe Biden. Wake up people. Your choices are few. Stand and fight (defeat Islam), submit or die.

The Jihadist Genocide of Christians in Nigeria Intensifies

The burnt First African Church Mission of Jos is pictured on July 6, 2015 in the central Nigerian city of Jos, Plateau State, after a twin bomb blasts killed at least 44 people the day before, following a wave of mass casualty attacks blamed on Boko Haram militants. The blasts happened within minutes of each other at a shopping complex and near a mosque in the religiously divided capital of Plateau state, which the rebels have targeted before. The bombings took the death toll from raids, explosions and suicide attacks to 267 this month alone and to 524 since Muhammadu Buhari became president on May 29, according to an AFP count. AFP PHOTO (Photo credit should read -/AFP via Getty Images)

What several international observers have for years characterized as a “pure genocide” of Christians in Nigeria has reached new levels.

Since the Islamic insurgency began in earnest in July 2009 — first at the hands of Boko Haram, an Islamic terrorist organization, and later by the Fulani, who are Muslim herdsmen also radicalized and motivated by jihadist ideology — more than 60,000 Christians have either been murdered or abducted during raids. The abducted Christians have never returned to their homes and their loved ones believe them to be dead. In addition, in the same time frame, approximately 20,000 churches and Christian schools have been torched and destroyed.

Some of these findings are documented in an August 4, 2021 report by the International Society for Civil Liberties and Rule of Law, also known as “Intersociety,” a nonprofit human rights organization based in Nigeria. Although the entire report is worth reading, a few notable excerpts follow: GATESTONE INSTITUTE read more

How Bad Is the Taliban?

How bad is the Taliban? Graphic video footage shows Afghan men clinging to the side of a U.S. Air Force jet to escape the Taliban. David Wood discusses the issue.

Taliban Jihadis Seizing Girls as “Spoils of War” in Afghanistan

As U.S. troops leave Afghanistan, Taliban jihadis are going door-to-door in the cities and towns they conquer, taking women and girls as “spoils of war.” Experts say that Kabul could fall to the Taliban in the next month. David Wood discusses the issue.

“9 Shocking Facts From the Quran” DEBUNKED

The Sharia and the US Constitution

One of the ways to understand the Sharia is to contrast it the US Constitution. More and more Muslims are being elected to political offices. Every candidate (Muslim and Kafir) should be asked the questions found in this video.

Mila Foresees Her Islamic Execution: ‘I Will Be Burned to a Crisp, My Leg Blown Off, or Dead’

A 16-year-old girl could not critique Islam without being threatened with rape, slaughter, or decapitation in Islamized France; she is out of school, under 24-hour police protection, and isolated from society. continue reading:

Every day we can read of the atrocities against humanity committed by Moslems in the name of Islam. I would like someone to explain to me why I should embrace Islam, Moslems as peaceful and able to co exist with the norms of western civilization. Hit one of my sites, boudica.us https://boudicaus.wordpress.com/ It’s a Moslem thing https://itsamoslemthing.wordpress.com/blog/ or any of my other sites. There are many links to follow.

Why Nobody Likes Islam

Muslims often claim that everybody dislikes Islam. They are right. They don’t really seem to understand why nobody likes Islam, however. Here are 10 reasons. 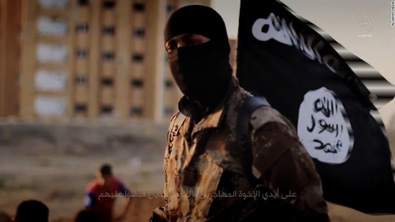 On This Day…
Jun 12, 2016: Raqqa, Syria
Showing extraordinary devotion to Allah, a caliphate member
executes his own brother for apostasy: 1 Killed